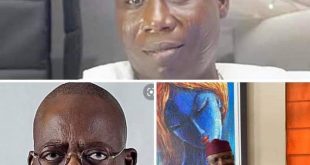 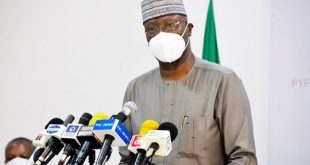 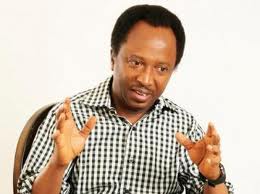 The committee is also to define comprehensive and workable framework for resolving insecurity in the country.

But in a post on his Facebook page on Wednesday night, Mr. Sani suggested he was not consulted before the appointment and announced he won’t serve on the committee.

“My friends called me this afternoon to inform me that they saw my name on the list of the Presidential committee on Amnesty,” Mr. Sani said. “This is to thank our president for giving me such an honour and consideration. However, I humbly and respectably wish to decline to serve as member.

“My advice remains: Reach out to the persons I mentioned their names in my interviews in the dailies to discreetly consult with the group to get their input on the  idea. Thanks.”

Mr. Sani has repeatedly criticized the federal government over its handling of the Boko Haram insurgency. He had suggested that journalist Ahmad Salkida, who had reported extensively on the insurgency, should be engaged to reach out to the leadership of the violent sect.

President Jonathan had on Wednesday constituted the Presidential Committee following months of pressure on him to grant amnesty to members of the group.

Apart from engaging members of the Boko Haram sect, the panel is also to define comprehensive and workable framework for resolving insecurity in the country.

The Special Adviser to the President on Media and Publicity, Reuben Abati, who disclosed this to State House correspondents at a press briefing at the Presidential Villa, Abuja, said the 26-member amnesty committee would be chaired by the Minister of Special Duties, Tanimu Turaki, while a representative of the Office of the Secretary to the Government of the Federation will serve as Secretary.

Mr. Abati said the decision to set up the committee was sequel to the consideration of the report of the technical committee set up by the National Security Council on insecurity in the Northern part of the country.

He listed the committee’s terms of reference to include, developing a framework for the granting of amnesty and setting up of a framework through which disarmament could take place within a 60-day time frame.

Mr. Abati said the committee would also develop a comprehensive victims’ support programme, and mechanisms to address the underlying causes of insurgencies that will help to prevent future occurrences.

He said the president also constituted a Federal Government committee on the proliferation of small arms and light weapons.

The constitution of the second committee, according to Mr. Abati, is in keeping with Nigeria’s pledge to work with the UN and other countries to stem “the worrisome proliferation of small arms and light weapons.”

”The president said the use of such weapons was creating insecurity and instability in Nigeria and other developing nations.”

The 17-member Committee on Small Arms and Light Weapons is chaired by Emmanuel Imohe, while the Director, Department of International Organisation in the Ministry of Foreign Affairs will serve as Secretary.

Also on the committee are a representative each of the Federal Ministries of Justice and Defence; Defence Intelligence Agency, the Nigeria Customs Services and Office of the Secretary to the Government of the Federation.

Mr. Abati said the president would formally inaugurate the committees on Wednesday, April 24, at the Council Chambers of the Presidential Villa, Abuja. 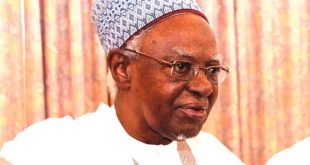