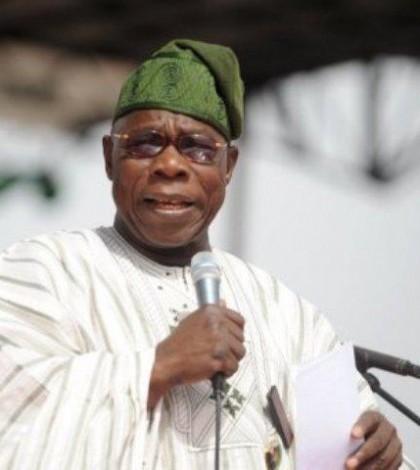 He was said to have teamed up with a royal father from his home town, Oba Adedapo Tejuoso, Karounwi III, and the world-renowned evangelist, Kayode Williams whose ministry is Bishop Kayode Williams World Outreach, to hold crusades nationwide.

Sources disclosed that Obasanjo, Oba Tejuoso and Kayode Williams, an ex armed robber who repented while in the Sokoto prison, have begun a five-day crusade in Ogbomoso, Oyo State.

Confirming the new status of Obasanjo, a cleric who is also an indigene of Ogbomoso, Pastor Kayode Alabi, said, “Yes, it is true that former President, Obasanjo, Oba Adedapo Tejuoso and Bishop Kayode Williams are coming to Ogbomoso for a five-day crusade.

The whole city is agog for the programme tagged ‘‘Healing Ogbomoso Land Gospel Crusade’’ holding at the Beulah Baptist Convention Ground, Ogbomoso. The programme is being hosted by Ogbomoso Christian Ministers’ Fellowship.”

According to him, Obasanjo may have resolved to spend the remaining years of his life serving God who brought him out of prison and made him president for eight years. He said: “Baba Obasanjo has many reasons for returning to God to serve him. You would recall how Gen. Abacha arrested him with others, sentenced him to death for alleged involvement in a phantom coup; he was set free after spending three years, three months and three days in prison. He was elected president and served for eight years and today he has many reasons to serve the same God. Don’t forget that he graduated as an evangelist from the National Open University. God could use anyone who is ready and willing to serve him.”

Previous Italian Ex-PM Jailed 7yrs For Sex With Underage Prostitute… Can This Happen In Nigeria?
Next Protest In Deeper Life Over Kumuyi’s Daughter’s Jewelries, Makeup At Wedding