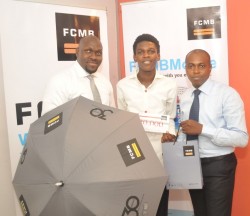 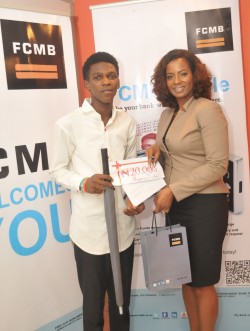 Winners in  the First City Monument Bank (FCMB) Limited social media campaign tagged, ‘’Like, Share and Win’’, have emerged and rewarded with shopping vouchers of different values as prizes at a ceremony held in Lagos on Tuesday, June 24, 2014.

The Bank flagged off the novel campaign, which ran on its Facebook page (that is, fcmbmybank) from May 27 to June 6, 2014, to further widen the FCMB community on social media and increase its fans base. It was also designed to appreciate the Bank’s followers on Facebook for their sustained presence, positive disposition and interaction on the page. The four winners who emerged at the end of the exciting campaign are Oluwatomisin Savage, Olaoluwa Badru, Ezekiel Opeyemi Adetunji and Gboru Markson.

Previous Mark My Words: My Deputy Will Not Succeed Me In 2018 – Fayose
Next Giant Strides As GTB Launches 1Click Top Up