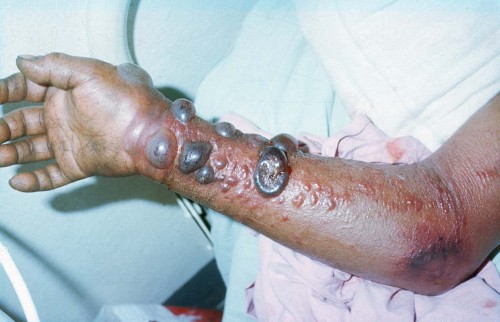 The Minister of Health, Prof. Onyebuchi Chukwu, has put the total number of confirmed cases of Ebola Virus Disease in Nigeria at 18. The 18th patient, according to the Federal Government, is the Sister of the late Port Harcourt doctor who died of the EVD recently.

“The last case to be discharged, the first secondary contact to be diagnosed and a spouse of a primary contact of the index case, went home from the isolation ward in Lagos yesterday (Tuesday). The 9th survivor is the ECOWAS Commission official, who jumped surveillance in Lagos and travelled to Port Harcourt, where he infected the doctor who attended to him.

“The total number of deaths from Ebola Virus Disease in Nigeria is now seven. One, the index case occurred in a private hospital in Lagos four in the Lagos isolation ward; one in the Port Harcourt isolation ward (the female patient who was on admission in the same hospital where the late Port Harcourt doctor was also admitted), while another one was the doctor who was infected by the ECOWAS Commission official in Port Harcourt and who did not come under the care and management of the Incident Management Committee.

Previous “I have Not Declared Governorship Ambition” —- Diamond Bank GMD
Next Oyakhilome Breaks Silence, Reveals His Major Regret About Anita