Wole Soyinka Survives Prostrate Cancer…. You Too Can! 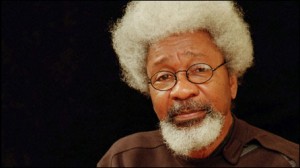 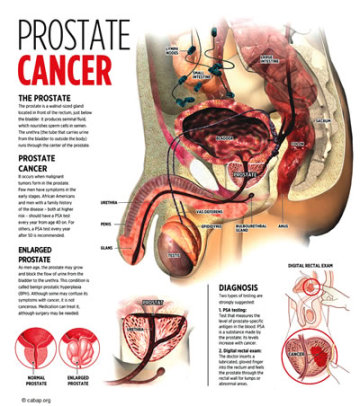 Eleven months ago, Nobel Laureate, Wole Soyinka was diagnosed, and so far he is still surviving. He revealed the secret.

If you have been following the news lately, the Nobel Laureate, Prof. Wole Soyinka, just announced on Tuesday that he had been diagnosed with prostate cancer, but he survived the disease.

Soyinka reiterated that early diagnosis and treatment played a major factor in his recovery, just as he warned that it was erroneous for anyone to see the diagnosis of cancer as a death sentence.

The playwright said it was time to demystify cancer so that more people could go for treatment in order to save their lives.

Soyinka’s declaration suggests that there is no need to dismiss or hide matters that concern our health simply because we do not want to be stigmatised.

The Head of the Oncology Department at the Lagos State University Teaching Hospital, Idi-Araba, Prof. Remi Ajekigbe, says even though scores of people have died from cancer, some are also surviving the degenerative disease.

Declaring that not all cancers kill, Ajekigbe however quickly notes that the key to surviving the dreaded disease is early detection and treatment.

The oncologist declares, “Not all cancers kill their victims; a good example is prostate cancer, which Soyinka says he has survived. As breast cancer is common in women above 45 years of age, so is prostate cancer in men above the age of 60.”

Prostate cancer is a disease which affects only men and it affects the prostate — a gland in the male reproductive system.

Statistics by the National Cancer Registry United State, estimate that one out of six men in the world may have prostate cancer before their golden jubilee.

Though statistics in this regard are lacking in Nigeria, experts say the incidence is increasing. So, there are odds that one could have a father, grandfather, husband, brother or friend living with this disease at any time.

But the cheering news, experts say, is that it is preventable and treatable when detected early.

Why should men be worried about this cancer? Apart from the fact that it affects their sexuality, it can also send the victims to an early grave when its management is poor.

For the men folk, there is however a huge challenge with regard to achieving early detection. This is so because many men hardly visit physicians unless it is an emergency. This nonchalant attitude, doctors say, is dangerous.

Even as this nonchalance persists, a consultant urologist, Dr. Andrew Mene, states that prostate cancer is the most common cancer in men after skin cancer.

He explains that this form of cancer often grows very slowly and may not cause significant harm while some types are more aggressive and can spread quickly without treatment.

Mene says unlike in the past when only old men were diagnosed with the disease, younger men now have the disease.

According to him, it can kill many men without their knowing it, especially as it has no symptoms.

A few lucky ones may experience the warning signs, especially those at the advanced stages, physicians say.

Experts note that some factors may increase your risk of getting prostate cancer and advise that if many of these factors apply to you, then you must see a doctor to erase all doubts.

One of them is family history. A man is twice as likely to get the disease if he has one first-degree relative — father, brother, son — with a history of it, according to the Prostate Cancer Foundation.

Consultant Urologist, Dr. James Anenih, notes that the risk of developing prostate cancer goes up for those whose relatives have died of the disease.

Anenih states, “If three family members (father and two brothers, for example) have had it, if it occurs in three generations (grandfather, father, son) or if two relatives developed it at less than 55 years old, then your chances of getting it is 50 per cent. It is hereditary and in that case, you must watch out for its symptoms.”

A man’s age is another predisposing factor. Doctors say the older the man, the higher his risk. Anenih explains that the prostate cancer risk in men between ages 40 and 49 is one in 50 while it is one in seven for those between 60 and 79.

The cancer specialist, however, notes that this does not mean that one should wait till one attains the age 60 before getting screened for it.

Remember, prostate cancer is the most treatable, curable and manageable cancer in men when diagnosed early.

Being overweight or obese is a prostate cancer risk, according to many studies. Researchers found that men who put on extra weight in their 20s and 30s face a higher risk.

A study by the American Cancer Society found that men with a BMI greater than 30 were 20-25 per cent were more likely to die of prostate cancer than thinner men do.

Experts believe that too much body fat throws off the body’s normal production of insulin and testosterone, which may fuel growth of prostate cancer cells.

Mene says, “Again, diet seems to play a role in the development of prostate cancer, which is common in countries where meat and high-fat dairy are mainstays. The reason for this link is unclear. Dietary fat, particularly animal fat from red meat, may boost male hormone levels. This may also fuel the growth of cancerous prostate cells. A diet too low in fruits and vegetables may also play a role.”

Eating fatty and fried food is also a problem. Aneinh notes that fatty foods may not only help cause prostate cancer, but may also affect the way the cancer progresses — how fast cancerous cells proliferate, their ability to spread and the body’s ability to fight off this invasion.

Foods high in saturated fats, especially from animal products, such as red meat and dairy appear to be the worst dietary trigger for prostate cancer, Worthington says.

Cigarette smoking allows cancerous cells to multiply. Scientist note that though smoking does not cause prostate cancer, there is a proof that a nicotine habit can help any cancerous cells grow faster and more aggressively.

If any of your loved one smokes, tell him to quit now.

The obvious and tell-tale sign of prostate cancer, according to Mene, is frequent urination. This is because the urethra, the tube that carries urine and semen, runs right through the middle of the prostate like a straw, experts say

Mene states, “If he gets up frequently in the middle of the night to urinate, he could have problems with his prostate. In the early stages, men may have no symptoms. Later, symptoms can include frequent urination, especially at night; difficulty starting or stopping urination; weak or interrupted urinary stream; painful or burning sensation during urination or ejaculation; blood in urine or semen.’

Screening is important to detecting prostate cancer early. You should talk with a doctor or, preferably, an urologist, about screening tests once you are 40. This is highly recommended for anyone at high risk, such as those with a father, brother, or son diagnosed before age 65, and those with more than one first-degree relative diagnosed at an early age.

The death of senator Buruji Kashamu at First Cardiology Consultants Hospital, Lagos has made it ...