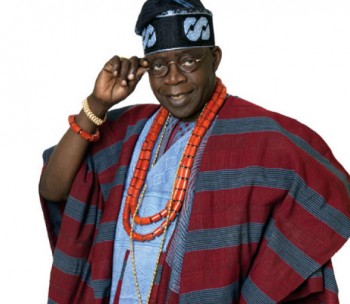 Tinubu is a phenomenon that will one day become a course of study in political science department of many universities.

Aside from the fact that he has developed and empowered many people (which other Yoruba leaders who have held powerful and influential positions like him did not do), his political sagacity is something else.

In 2003, he was the only AD governor that escaped Obasanjo’s onslaught in the South-West. Typical of Obasanjo in his vindictiveness, did everything humanly possible to cow him he did not succeed. In 2007, he became a political force beyond Lagos when in addition to installing Fashola in Lagos; he later installed Oshiomhole in Edo, Mimiko in Ondo (yes he contributed to his electoral victory at the tribunal), Fayemi in Ekiti and Aregbesola in Osun. In 2011, he added Ogun and Oyo states to the list. Even President Jonathan ran to him for votes in that year’s election.

Take it or leave it, since the formation of APC, he has become the issue in Nigeria politics. Take the emergence of Buhari and Osinbajo. Which of them was not his handiwork?

And yet, it is the same man some people are vilifying with unsavoury names. One thing is clear today in Nigeria politics, love Tinubu or hate him but you cannot ignore him.

He probably may not be the messiah that will take us to the Promised Land but he has certainly taken us out of Egypt.