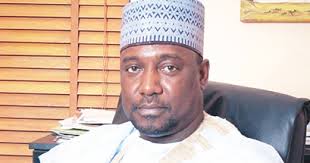 All kinds of individuals with various sizes of purses and bank accounts will become state governors in Nigeria come May 29. But who is the richest among them? Who’s the most successful both in politics and in the world of business?
These are still moot points. However, according to the available information the crown goes to the man of the moment in Niger state, Abubakar Sani Bello (aka Abu Lolo).
Among all governor-elects only his family has been listed by Forbes magazine among the richest not only in Nigeria, but also in Africa. The Bellos are involved in various kinds of business activities including construction, oil and gas, and communications. Abubakar Bello senior, Abu’s father, is said to own 40% of MTN Nigeria.
Abu Lolo’s in-law is also one of the richest Africans, because his brother Ibrahim is married to Aliko Dangote’s daughter. Aliko Dangote, though having lost $10 billion of his $25-billion fortune under President Jonathan’s mismanagement of the economy and especially naira, is still Africa’s richest man, according to Forbes.
Abu Lolo himself is married to Dr Amina Abubakar, daughter of Nigeria’s former head of state Abdussalami Abubakar and former first lady Justice Fati Abubakar.
Fati Abubakar, who is the incumbent chief justice of Niger state, is likely to swear her son-in-law in as governor unless she chooses to delegate this responsibility.
These credentials, including the fact that Abu Lolo’s father Col Sani Bello used to be a military governor of Kano state, make Abubakar Sani Bello the richest governor-elect in Nigeria.