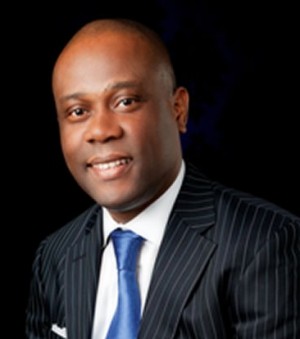 Access Bank United Kingdom says it has grown its profit before tax by 138 per cent to £5m for the 2014 financial year.

This, it said, reflected the growth in trade finance and asset management activity by the Access Private Bank.

“Assets under management for 2014 were £34m, which is a year on year rise of 12.2 per cent, while total private bank customer funds were £46m, a rise of 16 per cent on the previous year,” a statement by the bank added.

The Nigerian bank’s UK subsidiary said its net interest income grew by 94 per cent to £6.4m.

The bank linked its loan growth to its correspondent banks and customers.

The statement quoted the Chief Executive Officer, Access Bank UK, Mr. Jamie Simmonds, as saying “This has been achieved while still operating within the moderate risk appetite set by the UK board.”

He noted that other new products such as the UK fixed-term deposits were also introduced by the bank in 2014.

Simmonds said, “Our second five-year plan began in 2014 and we achieved our aims and outperformed projections for the year. As at December 31, the bank had a high capital adequacy ratio and liquid buffer assets significantly in excess of the minimum regulatory requirements. It is our intention that these will continue to be maintained at satisfactory levels in the future.
“This has been a transformational year for the bank as we have continued to grow the business based on the firm foundations that we have established and also diversify our income streams to ensure sustainable performance. We believe we have succeeded in the current financial climate where others have failed through our focus on establishing strong relationships with all our customers.”

Meanwhile, the bank said it would sponsor a polo game to raise funds for orphaned and vulnerable children in Nigeria.

According to the lender, the annual programme underscores its continued support for the United Nations International Children Education Fund.

The bank and Fifth Chukker raise funds for the UNICEF through the high-profile Access Bank Charity Shield polo matches in Nigeria.

The UK subsidiary CEO was further quoted as saying, “Our achievements owe a great deal to the strong partnership that we have with our parent company, as evidenced by our joint support for the fourth Access Bank Day at the Guards Polo Club in Windsor.”

The Group Managing Director, Access Bank Plc, Mr. Herbert Wigwe, was quoted as saying, “Our support for the Fifth Chukker UNICEF initiative comes from the fact that we are conscious of our role as a change agent in Nigeria that can help institute socio-economic development through responsible business practice and environmental considerations. We are part of the community and as such should support its wellbeing.”