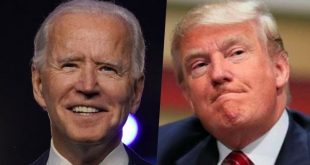 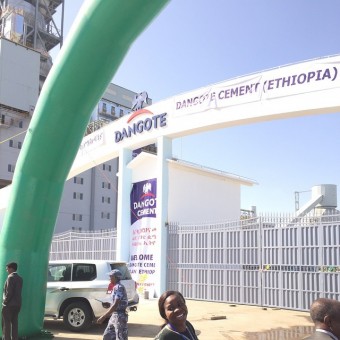 The President, Dangote Group, Alhaji Aliko Dangote, has said that plans are afoot to double the capacity of the newly opened 2.5 million-metric-tonne per annum cement plant in Ethiopia.

Dangote, who stated this at the inauguration of the $500m plant located in Mugher District, Oromia national regional state of Ethiopia, said the expansion work would begin before the end of the year.

According to him, the decision to set up as well as expand the plant was informed by the enabling environment created by the Ethiopian government with massive investment in several large-scale infrastructure projects, including the construction of the continent’s largest hydropower dam.

He noted that in addition to the plant known as Dangote Cement (Ethiopian) Plc, the company was simultaneously setting up new plants and terminals across 16 African countries.

He said, “This is in line with our long term vision to become the world’s biggest cement producers. We envisage that by the time we complete all our ongoing African projects, we will be on track to achieving our target.

“We believe that manufacturing and not trading is the best way to grow an economy. Apart from cement production, we are also investing substantially in other sectors of the economy such as agriculture, oil and gas refinery, fertilizer and petrochemicals. In all, we have 13 subsidiaries in Nigeria and we are investing about $16bn between now and 2018 in new projects and existing plants.”

The Ethiopian factory is Dangote’s sixth offshore plant that have commenced operations outside Nigeria.

Others countries where the company currently has plants running are Cameroon, Senegal, Ghana, South Africa and Zambia, while some other plants are at various stages of construction across the continent.

Dangote said the Ethiopian plant would create direct employment for 2,000 people in the main plant operations and logistics, with a fleet of 600 trucks; while 5,000 indirect jobs would also be created, adding that African businessmen should invest more in the continent.

He noted that achieving a real economic integration in the African continent would require political stability and a breakdown of the barriers and borders between countries, which hindered free flow of goods, services and people.

Dangote added, “We need to make deliberate efforts to encourage Africans, not just foreigners, to invest in Africa. Dangote Cement is currently in 16 African countries with plans to invest in many more over the next years.

“There are a number of other successful pan-African brands today such as MTN, Shoprite and Ecobank.”

“We need to encourage this trend to see more investments in Africa by Africans. Above all, there is need to encourage the private sector to collaborate with governments across Africa to address the issue of infrastructure deficit, which has plagued the continent for decades.”

“Africans have the capacity to drive the continent’s growth rather than rely on foreign investment. This project will have economic effect not only on Ethiopia, but on the entire region and it will enhance the process of Africa exporting cement to other continents of the world,” he said.

The Prime Minister, Federal Democratic Republic of Ethiopia, Hailemariam Desalegn, noted that as one of the fastest growing economies in the world, the country’s investment potential had barely been scratched on the surface.

He said the government was spending millions of dollars on critical infrastructure to address investment and align with policies that were already in place to aid investors.

“Ethiopia represents a lucrative market that has barely been tapped with its 95 million people and growing economy,” he said.

Ethiopia’s Minister of Industry, Ahmed Abitew, said that with the new plant, the cement sector of the country would make significant growth in meeting local demand, which has grown due to infrastructural development.

“The government is giving due attention to the industrial sector with its average growth of 20 per cent per annum,” he said.

Dangote also encouraged the Nigerian delegation at the event, which included captains of industries, to invest in Ethiopia and other parts of the continent, adding that the policies that had been put in place by the CBN to create an enabling environment for the private sector in Nigeria should be replicated across the continent. 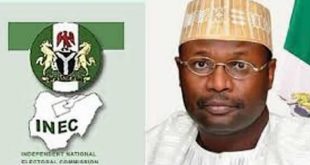