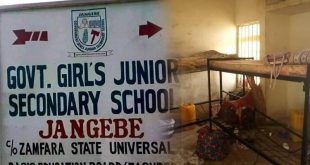 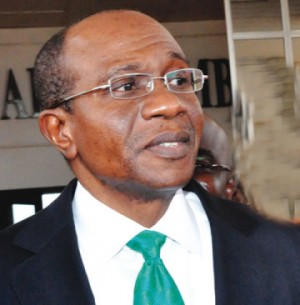 Banks are exposing the businesses and people behind the mountain of debts threatening to kill the sector  – courtesy of a Central Bank of Nigeria (CBN) directive that expired at the weekend.

Barring unforeseen developments, some of the banks will begin the publication of their debtors’ list today.

The publications are coming on the heels of the July 31, 2015 deadline set by the apex bank for the debtors to pay up.

The lists, an official of one of the banks said, is just a part of the whole.  “Some debtors have entered into various payment schemes  to avoid being shamed by this exercise,” the bank official, who pleaded not to be identified because of “the sensitivity of the action”, said.

The debtors are to be blacklisted and banned from participating in the foreign exchange market as well as trading in the Nigerian Government Securities market. The publication of the debtors’ lists is to be a continuous exercise.

Union Bank is owed  huge sums by 176 debtors. Six customers collectively owe the bank N27.91 billion. They are Dec Oil & Gas, owing N15.7 billion following a 1999 contract finance loan that expired in 2000. The directors of the company are Patrick Ugboma and Pius U. Malaka.

Other debtors include Alliance Energy, which is owing the bank N4.92 billion. The term loan approved in 2004 expired 2006. The directors are Akinwale Omoboriowo, Kojo Anan and Timi Austen-Peters.

Hajaig Construction is owing the bank N2.99 billion on a loan approved in 2012 and which expired in 2014. The directors are Abdul Nasser Hajaig, Rud Wan Hajaig and Mohammed Hajaig.

Sapta International Industries Limited is owing the bank  N1.87 billion over a 1987 term loan that expired in 1988. The directors are Alex Aloy Nwokodikwa and Clement Nwokodikwa.

Petroleum Project International has a debt of N1.25 billion over a term loan obtained in 2004 that expired in 2007. The directors are Akinwale Omoboriowo, Kojo Anan and Timi Austen-Peters.

Best Aluminum owes N1.11 billion for import and lease facilities obtained between 2010 and 2012. The directors are Chief Godwin Nweke and Chief Pius Nweke.

Fidelity Bank’s debtors include the telephone firm Starcomms Limited, which owes N3.08 billion cumulatively in the three accounts it runs with the lender under the same name and directors. The first account, which got in 2009 an overdraft which expired in 2014, is owing the bank N1.68 billion; the second account, a term loan approved in 2011 and which expired in 2014, is indebted to the tune of N1.16 billion. The third account, also an overdraft approved in 2007 and expired 2014, is indebted up to N239.65 million. The directors are Chief Maan Lababidi, Paul Edwards, Tajudeen Dantata, Omar Lababidi, Dr. Chris Ogbechie and Olusola Oladokun.

One bank executive  said  that  many of the banks offered some debtors who made moves to settle  “their  long-outstanding  loans the option of rescheduling, or  making part-payment of the loans.

“Those that have reached this understanding with their banks have their names removed from the published debtors list, “ he said, adding that the other category whose names are missing from the list, are those that are contesting their indebtedness in the courts.

“The CBN has directed that all cases that are in the purview of the courts should be reserved for judicial determination and resolution,” the official said.

He said the Loan Recovery unit of the banks were still working hard,  compiling the list of other debtors. “This publish and shame strategy would continue,  as the next category of NPLs falls due, except otherwise directed by the regulator, he stressed,” the source said.

A CBN official, who spoke in confidence, said the resolve of the apex bank to adopt “the publish and shame” strategy was as a result of the failure of persuasion which many of the banks  have adopted over the years. He warned that this would be the beginning of a long-battle  aimed at recovering all outstanding loans due the lenders.

Some of the facilities in the bank books are classified as overdrafts, project  financing, term loans and others which are said to be unauthorised credit advances. The NPLs range from one to over five years in many instances.

However, there are strong indications that much pressure is being mounted by some prominent debtors against the publication of the debtors’ list. We learnt that about two to three banks have withdrawn the list they sent to some media houses for publication, saying they required more time to clean them up.

A banker, who craved anonymity, said he was concerned that the strategy that these debtors applied in the past to evade settlement of their debts might come to play again. He said many of the debtors were strong enough to offset their indebtedness, but regretted that lack of determination to apply the rules always favoured them.