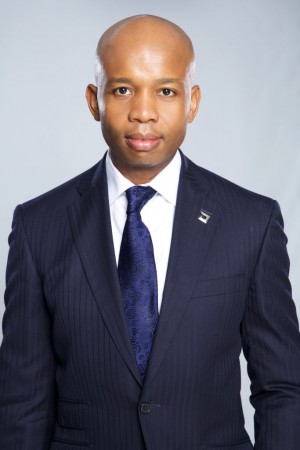 Diamond Bank Plc has been dragged to court on account of breach of agreement which detrimentally affected the business and income of one of its customers -Charismond Nigeria Limited (Importer of chemical products)and its Managing Director, Mr. Aliandu Monday.
This was revealed in a statement of claim filed before the Federal High Court of Nigeria, Lagos under Suit No: FHC/L/CS/1148/2013.
The whole saga started in June 2012 when a staff of Diamond Bank Plc, Chinonso Chijioke who happened to be the account officer of Charismond Nigeria Limited advised the company’s Managing Director to commence processing its import papers from the bank’s branch at Agidingbi to prevent stress of shuttling between Mainland and Island for its bank transactions going by the proximity of the company’s location with Diamond Bank’s Agidingbi Branch.
It was learnt that the MD accepted the advice after being assured by his account officer that he would get the same quality of professional banking service equal to the one he gets at the bank’s head office.
Pursuant to the advice, the MD visited Diamond Bank Plc Agidingbi branch where he collected three different sets of Form ‘M’(MF1 valued at $42, 752, MF2 valued at $44, 352, and MF3 valued at $37, 376) for the importation of chemical products – Normal Butanol, Ethyl Acetate and Iso-Propylol respectively.
It was claimed that after proper filling of the import papers, he returned them to Agidingbi Branch of the Diamond Bank Plc on the 28th June, 2012 for processing.
Eventually, he forwarded the endorsed copies of the import papers to the company’s chemical products suppliers – GAPUMA (UK) Limited for onward transmission of the Bill of Lading as well as other shipping documents for shipment of the goods into Nigeria from United Kingdom.
Moreover, two months after the aforementioned events, the MD claimed he called the attention of the bank to the fact that first batch of the goods had been ferried to Nigeria and that it had forwarded the shipping documents to the bank.
Consequently, while preparing for clearing of the goods, he visited the Agindigbi branch of the Bank to inquire about the shipping documents which was forwarded and received by the bank via DHL Courier service. But to his dismay, he was directed to the International and Operations department of Diamond Bank’s Head Office to pick the documents – a development which negated the promise and confidence he received on the Agidingbi branch of Diamond Bank Plc initially.
Thereafter, it was all drama filled with twists and turns. The MD requested for the debit note for payment of his import duties to the government but he was informed at the bank’s head office that he cannot make the payment because the bank’s computer system cannot trace the import papers (Form Ms) registered on the bank’s database. The officer who attended to MD, one Mrs. Ifeoma Iwunna further stated that hard copies of the import papers which were earlier submitted to the bank could not be found.
He was redirected to Diamond Bank Plc branch at Agidingbi and fortunately, the import papers were presented to him. But to his chagrin, the important papers were unprocessed and or treated whatsoever.
According to the bank’s officer, he said the development ensued due to the fact that the import papers were not forwarded to the Scanning and Risk service provider (COTECNA) registration after six weeks which the import papers were submitted to the bank for processing. The forms were meant to be submitted to COTECNA within 5 working days.
The unfolding issue persisted and the imported goods remained unclear, hence accumulating huge demurrage, yet the bank couldn’t provide the import papers for the company to clear goods over two months after.
It was further claimed that the import papers were finally processed and released to the company’s clearing agent from Diamond Bank’s Ajao Estate Branch on the 5th October, 2012.
On getting to Apapa sea port, the company was compelled to pay a whopping sum of N6, 294, 279.5 (Six Million, Two Hundred And Ninety Four Thousand, Two Hundred And Seventy Nine Naira) as demurrage and other shipping charges due to the delay in the clearing of the goods caused by the negligence of the Diamond Bank Plc in processing the import papers (Form Ms).
However, to prevent further compilation of the charges, the company sought for loan from Diamond Bank Plc which was declined. It therefore, resulted into paying huge interest on the money borrowed from KECO Nigeria Limited to fund the belated clearing of the imports.
Consequently, the plaintiff (Charismond Nigeria Limited) through its Managing Director, Mr. Aliandu Monday demanded the payment of the sum of N50, 000, 000 (Fifty Million Naira)as general and special damages of severe economic and financial loss it incurred as a result of the bank’s breach of contractual and legal duty.

Apparently, the Diamond Bank Plc disinclined with the demand of the company, hence sought redress in the court of law with a counter affidavit deposed to by its solicitors-Philip Ndubuisi Umeh & Co. The bank averred that the facts and documents attached to the plaintiff’s statement of claim are of no value and irrelevant to any of the parties.