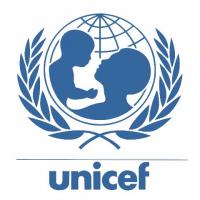 But the good news it can be prevented if all joined hand together to fight life threating phenomenon just as was done the with Ebola virus, goiter, polio where Nigeria recorded a tremendous success story and which is still ongoing. Malnutrition claims millions of live every year, 1 to 2 child death occur between the 1000 window days (starting from child birthday and the second birthday), it affect brain development of children, it affect our Gross Net Product. In the media and government nutritionist chat held at CHANNEL VIEW HOTEL CALABAR organize by UNICEF, spell out what we all need to do in order to put this manse off our nation just as what was done to other life threaten health issues. Among what was highlighted were;

§  Exclusive breast feeding for minimum of six month without mixed up with other form of fluid except drugs.

§  Proper balance diet should be maintained.

§  Vitamin A to be given twice yearly.

§  Deworming must be given twice yearly.

§  Zinc sulphate along with ORS to address severe diarrhea among other

As right said by Gabriela Mistral 1948 and I quote “We are guilty of many errors and many faults but our worst crime is abandoning the children, neglecting the foundation of life. Many of the things we need can wait. The child cannot. Right now is the time his bones are being formed, his blood is being made and his senses are being developed.  To him we cannot answer “Tomorrow”. His name is “Today”.

Let joined hand together fight a just course, and advocate of change, and stop the high mortality rate among this innocent children and adults, rendering to our community a quota of our best and given everyone the right to health life. Join in this campaign and make the world a better place.