Pessimists Persive Alamieyeseigha’s Death News As Trick For Cover Up! 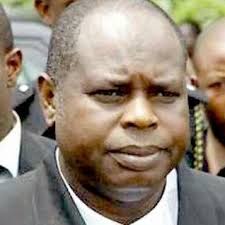 Incurable pessimists are doubting the death, saying he may have planned to do plastic surgery… and go get a new life! But impeccable source said he is really dead.

Alamieyeseigha, who was said to have suffered a cardiac arrest earlier in the week, gave up the ghost today, after having slipped into coma and was consequently placed on life support.

There are insinuations that his death was not unconnected to the rumours of his possible extradition to the UK for an outstanding money-laundering case, which were swiftly denied by the UK High Commission in Nigeria.

The British High Commission in Nigeria, yesterday, debunked as mere rumour, the recent news making the rounds in the media, that the former Governor of Bayelsa State, Chief Diepreye Solomon Peter Alamieyeseigha is wanted in the UK to answer question bordering on corruption charges.

A senior officer of the Commission, who spoke confidently and on anonymity on telephone in Abuja, said the information is a rumour in its entirety, adding that the Crown Prosecution has not tabled any extradition request on Alamiesyeseigha, to the High Commission.

She however disclosed that there is no renewed move to reopen the case. “As you know, the immediate past High Commissioner, Sir Andrew Pocock, before he left Nigeria, had in an interview averred that the manner in which Alamieyeseigha escaped from UK, made him a wanted a person.

“But as you know and with the new government of President Muhammdadu Buhari, in place, the media is presenting it as if the UK has said that we need this man. There is no such thing as moves for his extradition or of anybody or organisation to recall his extradition to UK,” she said. “Like you know, the media find such issues interesting. They just jumped to and start publishing the way they like, without clarifications from the High Commission.”

In September 2005, Alamieyeseigha (then the Bayelsa State governor) was detained by the London Metropolitan Police on charges of money-laundering

The Chairman of the Presidential Advisory Committee on Corruption, Professor Itse Sagay, was quoted to have said that the President Buhari-led government is prepared to assent to the request of the British Government as the United Kingdom has every legal right to demand for the extradition of the former Bayelsa State Governor.

Born on November 16, 1952 in Amassoma, Ogboin North Local Government Area, Bayelsa State, Alamieyeseigha attended the Bishop Dimeari Grammar School, Yenagoa before joining the Nigerian Defence Academy as a cadet officer in 1974 and later the Nigerian Air Force, where he served in the department of Logistics and Supply. Here, he held various positions in Enugu, Markurdi, Kaduna and Ikeja before retiring as a Squadron Leader.

He later became the Sole Administrator of Pabod Supplies Port Harcourt and Head of Budget, Planning, Research and Development of the National Fertiliser Company (NAFCON), Onne.

He was impeached as Bayelsa State governor on allegations of corruption on December 9, 2005.

Previous Buhari, Saraki’s Meeting Is Not About His Travails – Presidency
Next Again, Tinubu Attacks Saraki As Treacherous APC On Paper, PDP At Heart