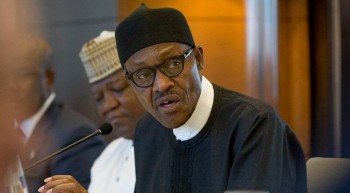 High opinion about Fashola’s ability to turn things around in works has been confirmed with Ministerial Assignment.

After five months without ministers, President Muhammadu Buhari has finally inaugurated 36 ministers that were recently screened and cleared by the Senate.

The 36 ministers were also given their portfolios as the former governor of Lagos state Babatunde Fashola stole the show with his appointment as the new minister of power, works and housing.

The presidency had earlier confirmed that the inauguration of the ministers will be carried out on Wednesday, November 11.

From a statement released by Femi Adesina, the special adviser on media and publicity to the president, it was revealed that the ministers are allowed to invite only two guests for their inauguration.

Just before the commencement of the inaugural session of the council, the ministers took the oaths of office in the council chambers of the Presidential Villa.