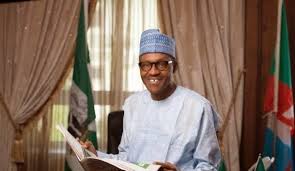 The Federal Government has started the process of fulfilling its promise to pay N5,000 monthly allowance to 25 million unemployed youths in the country with 2016 as the take-off date,  investigation has revealed.

The All Progressives Congress, which defeated the then ruling Peoples Democratic Party in the March 28 presidential election, had promised during its campaign that if elected to the central government, it would pay N5,000 monthly to 25 million jobless youths as well as introduce a free school feeding programme.

A motion to compel the President Muhammadu Buhari-led Federal Government to fulfil the campaign promise of paying the unemployed youths was recently rejected in the Senate.

Our correspondents learnt on Monday that the Federal Government had, however, commenced plans to start the payment of the allowance while it had also taken steps to capture the free school feeding programme in the 2016 budget.

It was further learnt that the government had saddled some officials with the task of ascertaining the number of the unemployed youths, who would benefit from the scheme.

A top government official, who spoke on condition of anonymity on Monday, told one of our correspondents that the compilation of data was necessary in order to ensure that the programme was not sabotaged.

The source said, “You know that if the scheme is left open-ended, even Nigerians, who are employed and are by no means vulnerable, will still struggle to benefit from it.

“You also know that if not properly handled, politicians will hijack the scheme and it will become a means of settling their constituents, whether they qualify to benefit from it or not.

This is why the government will come up with data on the beneficiaries very soon.”

The source added that the fund meant for the scheme would be built into the 2016 budget.

He explained that it was only when a decision had been reached on the number of people that would benefit from the scheme that the government would have an idea of how much it would spend on the programme.

He agreed that as a result of the process to get ready the 2016 budget and passed it into law, the scheme might not take off either in January or February, 2016.

The Senior Special Assistant to the Vice-President on Media and Publicity, Mr. Laolu Akande, confirmed that work was ongoing on the identification of beneficiaries, saying it was the desire of government to ensure the commencement of the programme in 2016.

Akande stated, “Work is ongoing on various aspects of the implementation of that social investment plan, including the identification of those that will benefit from it. Very soon, we shall be concluding work on that; that is a very important aspect of the programme.

“The plan of the government is to start as much as possible in the area of social investment, and conditional cash transfer is part of it.

“It is the plan of the government to explore how to start this with the 2016 budget.”

Investigations at the Ministry of Finance as well as that of Budget and National Planning showed that the process for the payment of the allowance to the unemployed had started with the compilation of the 2016 budget.

According to analysis, the cash transfer programme, when fully implemented, will cost the Federal Government N125bn monthly and a total sum of N1.5tr annually.

This is amidst dwindling oil price, which has led to a reduction in government revenue by about 50 per cent.

This development has led to the government recording fiscal deficit of about N676.47bn within the first six months of 2015, according to statistics from the Central Bank of Nigeria.

Top government officials, involved in the preparation of the budget, confided in one of our correspondents that both initiatives had been identified as part of the six priority programmes that would be implemented under the social development sector of the economy.

The source, who spoke on condition of anonymity, said apart from the cash transfer and school feeding programme, other social protection and welfare schemes were being planned to take care of Internally Displaced Persons.

Details of the initiative for IDPs were still sketchy as of the time of filing this report.

The official said, “We have started working on the budget since September this year at the Ministry of Budget and Planning.

“Since the ministry is the one coordinating the plans of government, what we did was to identify six priority programmes by pillars which have already been communicated to all the Ministries, Departments and Agencies of government.

“So while preparing the medium term plan, what we did was to look at the manifesto of the APC and prepare our plan based on what its campaign promises were to Nigerians before the elections.

“And since social development is a key aspect of its campaign, we identified social protection schemes such as the conditional cash transfer and the school feeding programme as key to the programmes for 2016.”

The spokesman for the Ministry of Budget and National Planning, Mr. Salisu Haiba, could not be reached for comments as calls and text messages put to his number did not connect as of the time of filing this report.

Shortly after the Senate shot down a motion meant to compel Buhari to fulfil the promise, the wife of the President, Mrs. Aisha Buhari, had appealed to the ruling party not to renege on its campaign promise of paying N5,000 to the 25 million unemployed youths.

She also urged the party to fulfil its promise of giving schoolchildren one free meal a day.

Previous Dasuki Case Adjourned To Nov 23rd, Court Worries Over Siege On His House
Next Eaglets Goalkeeper Thanks Amosun’s Wife For “Days Of Little Begining”