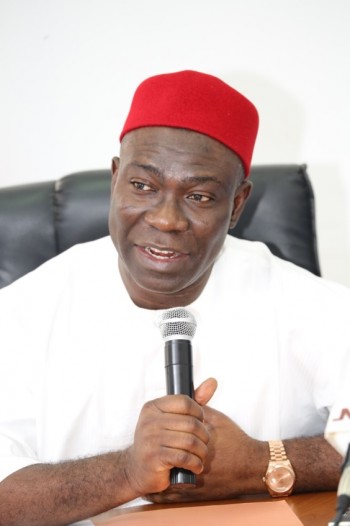 The Deputy President of the Senate, Ike Ekweremadu, claimed that he escaped assassination attempt, from suspected armed men on Tuesday in Abuja.

The assassination attempt, according to him, occurred around 10am between Apo Flyover and Dantata Construction Company’s yard, close to the Old Central Bank of Nigeria Headquarters junction, on his way to work.

Ekweremadu, according to a statement by his Special Adviser on Media and Publicity, Uche Anichukwu, on Tuesday explained that the suspected assassins operated in a tinted, white-coloured Mercedez Benz AMG E63 without a number plate.

He said they were chauffeured by a long-bearded light skinned foreigner, apparently a mercenary.

The vehicle, which was positioned by the Apo Bridge, on noticing that the deputy senate president’s convoy, took the right turn to join the Nnamdi Azikiwe Expressway instead, and made a U-turn.

The statement added that the occupants attempted to attack the convoy, but were blocked.

The driver, it stated, violently broke into the convoy and made several frantic attempts to attack the Senator’s official car.

The statement added, “When charged at by the security operatives attached to Ekweremadu, the Benz driver made a U-turn, and partially smashed an oncoming vehicle on the opposite lane of the highway and escaped.”

It explained that the development had already been reported to the security agencies.