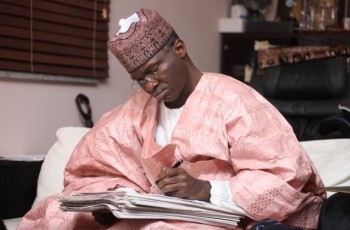 The Chairman of the Unity Party of Nigeria, Dr. Frederick Fasehun, has advised the Minister of Power, Works and Housing, Mr. Babatunde Fashola, to avoid controversial projects that would not be beneficial to poor Nigerians.

Fasehun specifically asked the new minister to avoid the introduction of tollgates on the country’s highways and the construction of expensive housing schemes that the poor would not be able to afford.

In a statement issued on Tuesday, Fasehun said Fashola and other ministers must make the average Nigerian the centrepiece of all government policies.

“Fashola must shun projects like those that became controversial during his tenure as governor, including installing tollgates on the highways and building highbrow government houses that were priced beyond the reach of the poor,” he said.

The elder statesman, who likened Fashola’s appointment to that of a prime minister, advised the former governor to be humble in the discharge of his responsibilities and ensure that the Federal Government made the welfare of Nigerians a priority.

He said, “Fashola’s image will be further enhanced if he embarks on the mass provision of low-cost housing for the poor and other programmes that will improve the living standards of the average Nigerian.

“We always had the faith that with his achievements in Lagos, Fashola would someday attain a higher level but we least expected it would be in the form of being overfed with three major ministries.

“However, all that glitters is not gold. But as nothing is impossible with God, we hope and pray that this heavy load will be featherweight so that he can meet the expectations of Nigerians generally, not Lagosians alone.”

Fasehun, however, charged the minister to resist the temptations to increase electricity tariff, saying such must be avoided at this point in time, until power supply improved.

He also urged the Federal Government to tackle the problem of multiple taxations by working in collaboration with state governments to streamline tax operations.

According to him, Nigerians rejected the idea of installing tollgates on federal highways because the country had resources needed to build and maintain the existing network of federal roads.

“If any road needs tolling, it must be a brand-new construction embarked upon in private-public partnership initiatives,” he said.