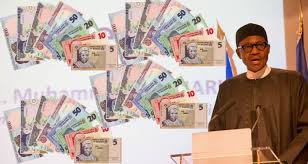 President Muhammadu Buhari has said the necessity for compliance with due process of the law, was responsible for the delay in the prosecution of the looters of the country’s economy, declaring however that “the day of reckoning is gradually coming.”
The President also disclosed that a number of officials of the past administration had started returning stolen funds voluntarily, saying however that government was not satisfied with the tokens.
He said: “We want to have everything back – all that they took by force in 16 years. We are collating documents and some of them have started voluntarily returning something. But we want all. When we get those documents we will formally charge them to court and then we will tell Nigerians to know those who abused trust when they were entrusted with public funds. So, the day of reckoning is gradually approaching.”

The president also disclosed that the existing Military Task-Forces would be re-organised to ensure a successful protection of the country’s network of gas pipelines against theft and vandalism.
Speaking at an interactive session with members of the Nigerian community in Tehran, the capital of Islamic Republic of Iran, he said sabotage and theft of gas were undermining the efforts of the government to increase power supply in the country.
He said although some improvement in power had been recorded in the recent period, sabotage of pipeline installations continued to be a problem.
The President assured that the Military Task-Forces with representation from the Army, Navy, Air Force, the Police and other security agencies would be reconstituted to secure the pipelines.

He said: “Supplies will become steady; there will be less sabotage as we secure the pipelines…Power is a running battle because the saboteurs are still there. We have the potential. We have gas, we have qualified people but we are contending with a lot of saboteurs who go and blow up installations. When gas is pumped to Egbin and such other
power stations, thieves and saboteurs such as the militants cut those supplies.”
Buhari also expressed concern over the reduced role of government in the sector due to the privatisation of the institutions under the Power Holding Company of Nigeria (PHCN), saying facilities “have been sold to a number of interest groups” in the process of the privatisation exercise.

He also updated Nigerians in Tehran on efforts by the administration towards ending the Boko Haram insurgency and terrorism in the country, saying that a lot had been achieved following the re-organisation of the military top command, vis-a-vis increased equipment supply and training.
In a response to a question on the need to improve healthcare delivery, the President said efforts have been intensified towards ridding the country of fake drugs and fake doctors, as well as “the disgraceful aspects” manifested by “baby factories.”
He also enumerated several steps being taken towards the revival of education from primary school level to university.
On the creation of jobs, the President placed the prevailing joblessness in the country at the door-step of the last administration which he blamed for giving “a devastating blow to the economy through corruption and incompetence.”
He said something urgent would be done about the bad condition of roads, citing the Lagos – Ibadan Expressway as one to be addressed from next week by the Minister of Works, Power and Housing, Babatunde Raji Fashola.