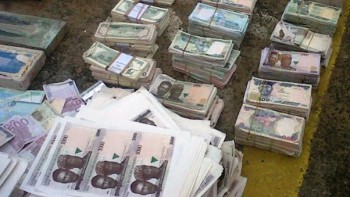 The Federal Inland Revenue Service, FIRS, is aiming at a revenue profile of N4.5trillion in 2016 to raise the country’s cash reserve.

The Acting Executive Chairman Babatunde William Fowler, who disclosed this to senators on Tuesday, November 24, spoke during his screening for confirmation on the substantive tax matter. Fowler noted that the revenue from the country’s Value Added Tax (VAT) would be increased from N500m to N2.5trillion in 2016.

He also said the proposed N8 trillion budget for 2016 is realisable, saying: “The Vice President was not aware of this projection before disclosing the proposed N8tr budget but the budget is possible.”

“Our projection of N4.5trillion does not include an increase in VAT. This is because we are of the view that tax should be fair.”