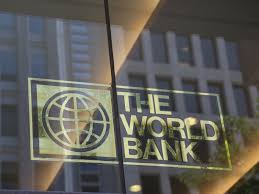 The World Bank Group, on Tuesday, November 24, unveiled a new plan that entails $16 bil­lion funding to help African nations adapt to climate change and build up the continent’s resilience to climate shocks.

The Plan, which is titled ‘Ac­celerating Climate-Resilient and Low-Carbon Development’, will be presented at COP21, the glob­al climate talks in Paris, next Monday.

It reels out measures to boost the resilience of the continent’s assets – its people, land, wa­ter, and cities – as well as other moves including boosting re­newable energy and strengthen­ing early warning systems.

The World Bank Group President, Jim Yong Kim, who commented on the funding intervention, noted that Sub-Saharan Africa remained highly vulnerable to climate shocks, which the Bank’s research shows could have far-ranging impact on ev­erything from child stunting and malaria to food price increases and droughts.

“This plan identifies concrete steps that African governments can take to ensure that their countries will not lose hard-won gains in economic growth and poverty reduction, and they can offer some protection from cli­mate change.”, Kim said.

Previous How Coming Home Late From Work Can Help You Save Some Money
Next FIRS Eyes N4.5trillion Revenue in 2016