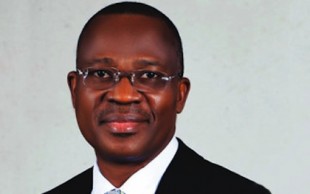 When the Central Bank of Nigeria (CBN) imposed a fine of N4billion on Skye Bank for flouting its directive on the Treasury Single Account by failing to remit account of some Ministries, Department and Agencies (MDAs), not a few industry watchers were surprised over the apex bank action as the bank’s rise among the top financial institution in the country seems to littered with unwholesome banking practices. Skye Bank which is the product of five merging banks during the consolidation exercise in 2006 has since evolved into one of the top financial institutions in Nigeria with a cumulative wealth of experience that spans over 50 years, it is historically one of the oldest banks in Nigeria and West Africa. However, since its emergence in 2006 the bank has grown in leaps and bounds, raising suspicion in some quarters that the bank may have engaged in underhand dealings.
The suspicion was recently given credence by the sanction imposed on Skye Bank by the CBN. In a circular from CBN, addressed to the Chairman, Board of Directors of Skye Bank, the apex bank slapped Skye Bank with a fine of N4,005,228,976.35, which it said represents 10 percent of the concealed  funds belonging to Federal Government MDAs.
The circular said the amount would be debited from Skye Bank’s current account with CBN.

The CBN circular showed that Skye Bank failed to report MDAs’ balances amounting to N40,052,289,769.47, as at October  23, 2015, more than a month after the TSA deadline had expired.
The Federal Government had directed that balances/receipts due to the government or its agencies be paid into a TSA domiciled in the CBN except otherwise expressly approved. The TSA is a bank account or a set of linked bank accounts through which the government transacts all its receipts and payments and gets a consolidated view of its cash position at any given time. A September 15 deadline was given for full compliance with the directive.

While notifying Skye Bank of the fine, the apex bank’s circular signed by the Governor, Mr. Godwin Emefiele, noted an October 14, 2015 request by its Director of Banking Supervision, Mrs. Tokunbo Martins, for information on Skye Bank’s total amount remitted and unremitted to TSA in a prescribed format with a submission deadline of 12pm, October 15, 2015.

It however stated that the bank’s initial submission on “15th October 2015 in respect of the information requested indicated unremitted amount of N442, 916,642.92, a rendition which was false as your bank failed to report FGN MDAs’ balances amounting to N40,052,289,769.47 as at 23rd October 2015.”
The unreported sum, it said, was unearthed during CBN examiners’ onsite visit to Skye Bank on  October 26, thereby aggravating the offence.
“The fact that it took CBN Examiner’s visit to your bank before this was unearthed is unacceptable,” the circular stated.

CBN also issued a strong warning to the board of the bank  to desist from allowing a similar situation to reoccur as such would be met with stiffer sanctions.
“For the avoidance of doubt, the CBN shall continue to frown at incidences of non-rendition of returns, late or false/inaccurate returns, other false/inaccurate information or any infraction whatsoever. The CBN shall, in such instances, impose sanctions as appropriate,”  it further stated, signaling a stricter regulatory regime where deliberate breaches would not be tolerated.
But in a notification to the Nigerian Stock Exchange (NSE) dated November 9, 2015 which was jointly signed by the Group Managing Director of Skye Bank, Mr. Timothy Oguntayo, and Company Secretary, Abimbola Izu, the bank said the fine imposed by the apex bank was misdirected since it did not conceal any information on it accounts.

Skye Bank added that significant portion of the money for which penalty was applied belonged to the state-owned energy company, Nigerian National Petroleum Corporation (NNPC) pension funds and National Assembly legislative aides account balances.
The bank added that the sum of N40 billion for which the fine was imposed on it came from NNPC account balances, claiming it had received a communication from the corporation excepting it from the treasury single account (TSA) operations.
“We received a communication from the NNPC forwarding a letter from the Accountant General of the Federation on the treatment of NNPC funds. By the communication, the bank is advised that an 18 business day window had been granted by the vice-president, Yemi Osinbajo, within which a plan for the orderly withdrawal of the NNPC funds will be implemented,” the bank explained.
Industry watchers are quick to point out that this is not the first time Skye Bank would be failing to heed directive of the apex bank or flouting provisions of the Banks and Other Financial Institutions Act (BOFIA), 1991. The Premier gathered that the bank was in breach of three of the BOFIA provisions. Amongst them was that the bank’s credit print out as at June 30, 2006 was at variance with the minimum standard prescribed in the relevant CBN circular.
Also, Skye Bank was carpeted for its failure to carry out quarterly review of its credit since January 2007 as required by the prudential guidelines. This failure, we gathered was in breach of Chapter 11 of the bank’s Credit Policy guidelines and CBN directive conveyed in a circular of August 9, 1991. Skye Bank, investigation also revealed, breached a section of the CBN rules requiring bank directors to have copies of their signed share transfer forms in their credit files. None of the directors in Skye Bank, it was gathered, complied as at the date of the contravention.
As if that was not worse enough, the dust raised by the recent takeover of Mainstreet Bank by Skye Bank has refused to settle. An article that appeared in Proshare a few months ago suggests that the acquisition of Mainstreet Bank by Skye Bank may not have been as transparent as originally thought.  According to the article titled ‘How to buy a Nigerian bank with no money” to fund the transaction, “Skye Bank Plc first instituted a N30 billion Commercial Paper program to pay the deposit for the transaction. It then obtained a bridge financing of N100 billion from four banks. The bridge financing was backed using Mainstreet Bank’s AMCON Bonds that were due for redemption shortly after the closing of the transaction.
Most will consider this an act of financial ingenuity, yet it remains a classic case of in-and-out i.e. Skye Bank Plc borrows money from banks, pays AMCON, AMCON redeems Mainstreet Bank’s AMCON Bonds and Skye Bank (who now owns Mainstreet Bank) takes the cash to pay the four banks back,“ the article submitted.
Interestingly, since this allegation of underhand dealings has been making the round, Skye Bank management nor the Asset Management Corporation of Nigeria (AMCON) has issued statement to debunk the allegation.
Sources close to the bank, however, told The Premier that circumventing laws to take advantage of workers also adds to the litany of fraudulent act carry out by Skye Bank. In a recent post by one Kevin1759 on Naira Forum, an online forum, he described Skye Bank’s relationship with outsource staff as sheer wickedness. He alleged among other things that the bank has not promoted outsource staff in the last five years; no-review of salary for the past eight years.
According to him, “The salary of outsource staffs remain stagnant, the last time the Outsource staffs salary was reviewed was in 2007 from N47, 0000 to N56, 0000 per month as against the actual salary of N120,000 to N150,000 per month as entry level while their regular staffs had been reviewed for four times from 2008 to date.”

He added, “In early 2015 some staffs were protested for salary review with other benefits and the Bank management called for a meeting at Skye House, Alausa Ikeja, to ratify the issue and duly represented by Company Secretary Mrs. Abimbola Izu. She told the angry staffs to say their opinions that management will look in to it.”
However, what came out of the meeting was sack letters issued to some outsourced staffs. “Unfortunately, a week after the meeting, some drivers and staffs on outsource functions were sacked.
“When these staffs were sacked, NLC came into the matter but they couldn’t help to reinstate those staffs even as outsource staffs do all the major works in the bank like posting of customers transactions, marketing, tellerring and process as well as all other sensitive transactions in the bank but yet they maltreat them by paying them peanuts by month end and also denying them of gratuity after spending many years with the bank,” Kevin1759 further revealed.
In further response to the outsourced staff demand for better working condition, the bank’s Group Managing Director, Timothy Oguntayo split the outsourced into three new recruiting companies. In a letter to the outsourced staff dated December 24, 2014, the GMD said, “the decision was taken in furtherance of the CBN directive requiring all Deposit Money Banks to cease from all non – core banking activities, it has become expedient for the Bank to fully disassociate itself from Skye Bank Resources Limited. This is to bring to full conclusion, the divestment of the bank’s investment in the company to new owners in 2013.
“Consequently, effective January 1, 2015, the monopoly that Skye Bank Resources Limited has had over the management of Officers in Outsourced Functions will come to an end and other newly appointed, independent and certified Outsourcing Companies will be brought on board to compete for the management of this critical workforce.
“It is the expectation of the Board and management of the bank that this competition will ensure that staff in this category enjoy the best of terms from their assigned employers. With effect from this date, staff in this category will be re-assigned amongst the selected service providers by way of disengagement from Skye Bank Resources Limited and immediate re-engagement by the new service providers including the “new Skye Bank Resources Limited” to be henceforth known as “Optimum Continental Services Limited”. This transition will address the varying concerns that have been expressed by employees in this category, particularly with respect to career growth, job enrichment and employee welfare, amongst others,” the letter reads in part.
But almost a year after this assurance, Skye Bank is yet to redress the poor working conditions of their outsourced staff who are growing in frustration of not been able to compete with their colleagues in other banks.