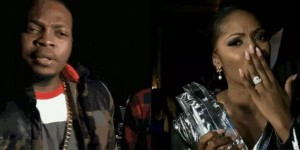 Following the series of drama that unfolded at the just concluded Headies 2015 award, between Mavin Records Label boss Don Jazzy and top Nigerian music artist, Olamide over a particular category of award which was meant for Lil Kesh but was given to Reekado Banks.

Olamide who expressed his frustration at the decision of the organizers when he accompanied Adekunle Gold, another YBNL act, who won the award for Best Alternative Artiste, to receive the award.

Olamide said: “He (Lil Kesh) is our next rated artiste. He had back to back hits throughout the year – Lyrically, Shoki, Gbese and Efejoku,” he said among other things before throwing the mic on the stage.

The situation took a turn when Don Jazzy, apparently feeling slighted, told Olamide to come and take the car, which comes with the Next Rated award, if he wanted it while receiving the special recognition award.

This took the social media by storm all through the night as the YBNL boss, Olamide took to his Instagram handle to post threatening and insulting words to Don Jazzy. This act of him got everyone talking until both parties apologized to each other through the intervention of Nigeria’s billionaire business mogul, Alhaji Aliko Dangote.

Despite settling their differences fans are concerned if Olamide and Mavin First Lady, Tiwa Savage will still go ahead and conclude the video shoot for Tiwa songs International Local and Standing Ovation?

Sources have disclosed that the two music artists have started shooting the music video for each of the singles on Tiwa Savage’s new album, RED.

Previous Davido Hospitalised Over Stress From Feud With Momodus, Asks For Reconciliation
Next Egwuekwe Played For Warri Wolves On Empty Stomach 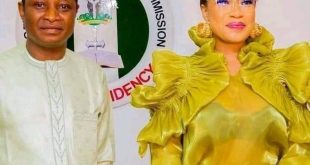