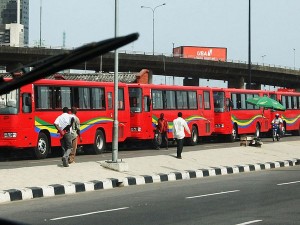 The Lagos State Government has announced that it is planning to extend the operation of the state’s Bus Rapid Transit (BRT) scheme to 24, as it is the wish of the present administration that the BRT buses work at night..

The state government is also intensifying efforts on the state’s Light Up Lagos project, to provide functioning streetlights in every nook and cranny of the state.

The Lagos State Commissioner for Energy and Mineral Resources, Mr. Wale Oluwo, on Wednesday in Ikeja said the efforts being made by the government to make BRT buses operate for 24 hours and provide streetlights everywhere in the state were in line with the campaign promise of Governor Akinwunmi Ambode.

The commissioner said most major highways and streets had their streetlights working, adding that repairs of streetlights were being carried out in other strategic places.

He noted that places from Berger to Lekki, Ikorodu to the Lagos Island, Ikeja, Victoria Island and Ikoyi, among others, were already enjoying functioning streetlights at night.

Previous NNPC Raises Hope; Another Refinery For Construction In Bayelsa
Next Olisa Metuh Gets 7 Criminal Charges From EFCC Over #400m Dasuki Shared Loot