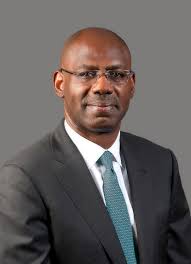 There are indications that Union Bank is reclaiming her place of pride among the comity of banks! She has emerge anew from the intense competition from new generation banks, challenges of digital technology, the regulatory policies apex bank and the general economic downfall at large.

After yielding significant ground in the competitive space Union is back simpler and smarter, while still big, strong & reliable. In September 2012, the bank executed a successful recapitalization plan which saw the injection of about $500m by a core group of investors under the auspices of United Global Partners Ltd.

The core Group acquired 65% interest in the bank and proceed to implement a Transformation Agenda aimed at not just restoring Union Bank as one of the leading brands in the Nigerian banking industry but a reliable creator of value to its stakeholders on a more consistent and sustainable basis. The new management accordingly focused on transformation of human capital assets, service culture, IT infrastructure and risk management framework.

A walk into any of the branches spread across 300 locations and other electronic channels reveals that the result is beginning to show in virtually all critical areas of assessments.

Leveraging on fresh capital injection, the bank invested heavily in technology for services delivery and transactions processing. All the branches are now linked using fibre optic connections while an oracle Flexicube UBS 12.2. This has helped to streamline operations and make for smarter services delivery to the delight of customers.

When a new management team led by Emeka Emuwa was hired to implement the strategic plan. One of the first things the Board and Management put together was the 2013-17 transformation plans which were duly approved by the Central Bank. As part of this plan, and in line with CBN’s regulation 3, the bank initiated the process of divesting its ownership from all non-bank portfolio companies within the group.

As at 2015, it succeeded in divesting from Union Capital Brokers Ltd, Union Assurance Ltd, Union Insurance Savings and Loans Plc, Union trustees Ltd and opted for a voluntary wind up of Union Pension Custodian Ltd. Only Union Bank (UK) was retained as a subsidiary. This has no doubt sharpened the bank’s focus on its core business areas and improved standard of Corporate Governance and risk management.

The Board is currently composed of 15 members largely representing key interests in the bank out of which 8 are non Executive Directors. As a way of ensuring independence of Board and Management, the Chief Executive Officer and the Board chairman were made to emerge from different but key interests in the bank. The bank also made conscious effort to hire independent experts to manage critical aspects of the transformation.

Apart from emphasis on culture change and technological awareness, greater motivation was introduced even as staff number declined from about 3778 in 2013 to 2976 in 2014. Average cost of retaining a staff reduced from N10.9m to N9.66m (inclusive of pension contributions and others), but staff productivity in terms of what an average staff returned to shareholders increased from N1.36m to N6.88m. Accordingly every indicator points to management and staff that are increasingly becoming more efficient not only in the area of services delivery but also from the perspective of what is returned to the owners of the business.

Up till 2011, one area the bank’s weakness showed clearly was inadequate capital to carry on the normal business of banking. Indeed capital was completely eroded and the bank become technically insolvent which required regulatory intervention. It was therefore not a surprise that the restructuring of 2012 came with substantial injection of capital.

With a negative shareholders fund of about N142b in 2010, equity capital closed at a positive N188billion in 2013. This further increased to N206billion in 2014 following a 100% plough back of profit. Our measure of Risk weighted asset ratio stood at a relatively healthy Basel I figure of 31% in 2014 declining marginally from 32% in the preceding year. This is about 16% under standardized approach of Base II. For a bank with international banking license, 15% is generally considered adequate.

Tier I capital to net loans was as high as 65% while Tier I capital to vulnerable deposit liabilities stood at 34%. Perhaps the only critical challenge facing the bank in its current composition of equity capital is the existence of a negative general reserve of N194billion which is outstanding from past business losses. The good news is that the current fast pace of growth in profit if sustained will extinguish the loss in a few years. The bank has some scope to increase risk assets by about N50billion at existing capital without unnecessarily exposing itself to regulatory head winds.

Effective risk management is at the core of operations of the new Union Bank and sound management of Credit is understandably a key component of the transformation. The Credit Risk Rating framework is in place to ensure quality of loans booked and consistently guaranteed. Analysts considered a judicious adherence to this new model and framework necessary to ensure that AMCON will not have cause to buy over bad loans from the bank in future.

Early signs indicate that Union Bank is in the right trajectory. Though gross lending amount increased from N23billion in 2013 to N325billion in 2014, or whopping 41%, non-performing loan ratio declined from 6% to 5%, an indication that quality of risk management is on the rise and the bank is truly on a new era. This meant that relative levels of provision for sticky assets have declined.

Our independent estimate shows that the proportion of total asset portfolio adjudged to be subject to impairment stood at 56% in 2014. Given industry figures and the new found measure of efficiency in management of credits, this clearly supports the view that Union Bank is a good position to expand risk assets without compromising quality.

In 2014, reported gross earnings rose marginally from 2013 figure of N103billion to 109billion, however when a nominal provision of about N8.0billion no longer required is removed, gross earning actually declined to N101billion. Although the Bank ramped up lending and increased interest on loans from N30billion to N38billion, interest on investment securities and placements declined significantly from N49billion to N36billion resulting in reduction of contribution of interest income from 77% to 74%. The bank faced challenges in pricing of assets. Fee based income and foreign exchange earnings made encouraging impact as their contribution rose from 9% in 2013 to 15% in 2014.

Three factors made the difference in the bottom-line during the period. Firstly the decision to take the divestment option towards complying with CBN’s regulation 3 resulted in extra-ordinary income of more than N6billion following disposal of 5 subsidiary companies including its very profitable registrars business.

Secondly the new credit risk management and review framework yielded substantial recoveries and reduced provisions for bad loans. Accordingly impairment charge for credit losses came down from N13billion in 2013 to just N3billion in 2014. Thirdly, although other operating overheads increased as a result of transformation related expenses, personnel cost was brought down remarkably from N39billion to 29billion following the right sizing measures undertaken by the bank.

Ultimately profit after tax increased from N5billion in 2013 to about N20billion in 2014. Accordingly return on average equity increased from a paltry 3% to 10%. Although this remained below historical average for the industry the growth is impressive considering that in 2011, a year prior to the transition, the bank incurred a whopping loss of N76.7billion.

The 2014 figure also translated to Earnings per share of N1.21k up from 30k in the preceding year. Notwithstanding the impressive bottom-line, the bank did not declare dividend to shareholders as a result of constraints imposed by negative revenue reserves that subsists in the balance sheet and the need to build up capital base.

To underline the importance Union Bank attaches to its sustained capacity to meet obligations to counter-parties, it set up a market and liquidity Risk Management Department charged with the responsibility to provide guidance on issues of match or mismatch of fund inflow and outflows, and liquidity risk arising from market positions. The Department monitors closely movements in key Risk indicators including maturity mis-matches, liquidity ratios, prudential portfolio limits on asset mix and concentration risks.

Contingency plans were put in place to address any unexpected liquidity crises that may arise. One key risk indicator banks generally consider is the structure of deposit liabilities. Our analysis, however, shows what may be considered vulnerable liabilities of about N609 billion, which remained virtually unchanged from N605billion in 2013. This is a measure of the banks liabilities that may suddenly fall due and put pressure on the bank to discharge. Out of this, demand deposit liabilities stood at N209billion in 2014.

Liquid assets in form of cash and cash equivalents including unrestricted balances with Central Bank and marketable securities stood below N252billion and suggested that the market and liquidity risk department needed to be on top of their game to ensure that not only regulatory requirements are met but also that implicit and explicit cost of meeting obligations to counter parties is low. Our analyst’s estimate of qualifying liquid assets to total assets declined marginally from 29% in 2013 to 27% in 2014.

Other key indicators reveal a decline in adjusted liquidity ratio from 30% to 23%. CBN’s measure of liquidity ratio as at then required banks to maintain a minimum of 30%. Union Bank’s cash and adjusted cash ratios closed at 8% and 10% respectively. Our independent view is that the liquidity levels could have been enough to meet regulatory requirement but a stress test against possible regulatory changes would reveal that the bank operated at limits of prudential requirements supported ostensibly by an active liquidity risk strategy.

In the past, Union Bank appeared to lag behind its peers in devising active strategy to deal with shareholders and also return benefits to them. Perhaps the ownership structure that existed in that era was largely complacent and managers who controlled the bank invested relatively less effort in building a strong investor relations organization.

The new Union Bank is keenly interested in building a reputation that covers the entire stakeholder strata particularly shareholders, depositors, society, staff and government. The key question to an investor is: What is the investment value of Union Bank? Following the transition and capital restructuring that was embarked upon, Union Bank has shown promises of returning as preferred investment destination to discerning investors. Net book value per share which closed negative to N12.16 in 2014, up from N11.09 assets rose to N920billion from N802billion.

However the attraction in the investment quality of Union Bank is not so much on the figure of current earnings and net assets but on the potentials for sustained earning in the future. Our upcoming report on the bank’s 2015 full year results will tell much about how bright the future would set.

Previous NEMESIS?–Stella Oduah,Andy Uba Sacked From House Of Rep!
Next Can Of Worms: Ekiti PDP Sec Exposes How Jonathan Fayose Used N4.7bn To Rig Out Fayemi