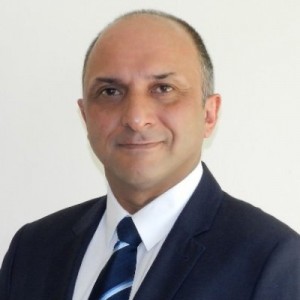 Anti corruption search light of Buhari is focusing on GlaxoSmithKline Nigeria and Nestle Nigeria..Both are battling with monumental image crises,with the court of law and angry consumers on the other hand.Mass protest against their products is already spreading via words of mouth, negative demarketing.Now, the Federal Government had dragged both companies before a Federal High Court in Lagos for alleged infringements in the consumer promotions.
The ten count criminal charge number FHC/L/478C/15 was filed before a Federal high court in Lagos by the Police Legal Officer from Force Criminal Investigation Department, Force Headquarters, Abuja.
According to the charge, Dayanand Thandalam Siram, Jonathan Murray, Uche Uwechia, Glaxosmithkline Consumer Nigeria PLC and others now at large between October 2014 and October 2015, induced the citizens of Nigeria to buy their products using the gimmicry of “LUCOZADE AND RIBENA BIG CASH GIVE AWAY”.
The accused were also alleged to have established and keep the premises of GSK HOUSE 1,Industrail Avenue, Ilupeju, Lagos as a place for the purpose of lottery to be used for the purposes of obtaining by false pretence from the Nigerian populace.
The offence alleged to have been committed by Glaxosmithkline Consumer Nigeria Plc and its officials are contrary to and punishable under section(1)3 of the advance fee fraud and other related offences Act laws of the Federation of Nigeria.

It was also alleged that, Rahul Culaco, Omolara Banjoko, Adebayo Elegbe, Shelewa Ashimi, Friesland Campina Wamco Nigeria Plc, same time and place used the premises of their company for the purpose of obtaining by false pretence from the Nigerian Populace. The case has been adjourned till next month when all the accused and their company will be arraigned before the court.

In a separate development, Nigeria has filed another ten count criminal charge of sponsoring fake promo against Nestle Nigeria Plc and two of his officials.
In the said criminal charge FHC/ L/477C/15, It was alleged that GORD HON,BEEBEE AYEKU,NESTLE NIGERIA PLC between October,2014 and October,215 induced citizens to buy their product in the guise of lottery captioned “YEAR -END SHOPPERS BAG PROMO. Participants were assured of winning prizes.
An affidavit by a deputy superintendent of Police,Gyu Musa, attached to the police enforcement unit team of the National Lottery Regulatory Commission, Abuja, averred that investigation in respect of the case has been concluded and all major documentary exhibits required for the prosecution of the case has been obtained except the arrest of certain persons.
Musa said prima facie case of obtaining by false pretences and lottery offences have been established against the accused persons on record.