David Mark In N1Billion Project Scam,…. EFCC To Wade In 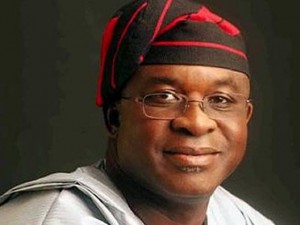 The All Progressives Congress (APC) candidate in the forthcoming rerun election in Benue south senatorial district, Daniel Onjeh has asked his opponent and former Senate President, David Mark to explain what happened to the N1bn earmarked by the federal government for the dualization of Otukpo township road.

Onjeh said Mark, who represented the zone from 1999 till November 28, 2015, is in a better position to explain who the contract was awarded to since it passed through the senate chamber.

The aspiring senator made this call following the revelation by the Senate committee on Works that a contractor collected N1bn from the Federal Ministry of Works for the dualization of Otukpo township road and disappeared.

Chairman of the Senate committee, Senator Kabiru Gaya made the shocking disclosure yesterday when the minister of Power, Works and Housing, Babatunde Fashola appeared before his Committee for budget defence.

Onjeh, while reacting to the development in a statement signed by his director of Media and Publicity, Okpokwu Ogenyi, asserted that Mark has no conscience for enriching himself with money meant for the development of the land he claims to be willing to die for.

He said: “It is obvious that Uncle David Mark has no conscience. He has no good interest of the people of Benue South at heart. So, the Federal Government has approved N1bn for the dualization of the Otukpo township road and he has decided to seat on it? This is the height of wickedness!

“He should explain what happened to the money and as well produce the contractor(s) before February 20th when the people of the zone will show him the exit road.

An inscription showing that the road project was actually awarded to a contractor.

“He is in better position to tell us the whereabouts of the contractors since he has been misrepresenting us since 1999 before nemesis finally caught up with him in November 28, 2015.

“Mark’s sixteen years as a senator was hell for our people. He has been enriching his pocket with our constituency project funds and the ‘Alekwu’ of the Idoma nation has clampdown on him.

“The inescapable fact is that David Mark is culpable! The legal framework of our nation extends the primary function of a legislator to legislate, to a secondary role of carrying oversight function, to ensure that the dividend of democracy and good governance trickle down their constituents.”

The APC man, who is seeking to usurp the former governor, noted further that,“The failure of any legislator to meet this very crucial legislative demand is a clear pointer to his or her culpability in the socio-economic conspiracy against the people being represented.

“I advise Uncle Dave to quickly submit himself the EFCC for probe.”

Recently, some kids in Otukpo, Benue state reportedly rejected Mark’s candidacy in the state’s election rerun by slapping and desecrating his posters before tearing them.

Mark’s campaign organization had in a recent statement, claimed that they apprehended a kid vandalizing his posters a fortnight ago.

But findings by Naij.com revealed that some of the kids who were behind the incident said they were not sent by any political party or politician, rather they did it considering the fact that David Mark had overstayed his welcome in the senate.

Previous Kumuyi: Deeper Life Doctrines; Women Ministry Not In The Bible, I’ll Abolish Them Before I Die
Next $1million Raw Cash Uncovered Inside Soak Away @ Chief Amosu’s Badagry House

Operatives of the Elekahia Police Division on Sunday arrested a Police Sergeant, Ibrahim Odege, and ...