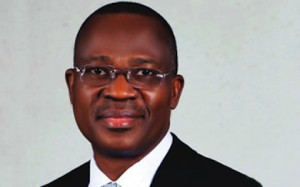 Sharp practices of banks in the looting of police pention fund has been exposed.Mustapha Gadanya, the fourth prosecution witness in the ongoing trial of the seven persons accused of complicity in the over N24 billion scam in the police pension office before Justice Hussein Baba Yusuf of the Federal Capital Territory High Court sitting in Maitama, Abuja, on Thursday told the court that the accused conspired with banks to launder police pension funds.
The accused persons are Esai Dangabar, Atiku Abubakar Kigo, Ahmed Inuwa Wada, Veronica Ulonma Onyegbula, Sani Habila Zira, Uzoma Cyril Attang and Christian Madubuke.
Gadanya, whose evidence started on Wednesday, told the court while being led in evidence on Thursday by the counsel to the Economic and Financial Crimes Commission, Rotimi Jacobs (SAN), that the bank statement of the first accused, Esai Dangaba, was obtained and analyzed.
According to him, the analysis revealed that the bank statement did not reflect the investments as seen in the pay deposits advices recovered from the accused office.
“The bank was helping accused to launder money. Funds were kept in the bank’s suspense account and later fixed, never entering his company account,” Gadanya told the court.”
The witness further stated that several funds discovered in the first accused account, about N1 billion, had been withheld by the Federal Government.
Gadanya said: “Investigations revealed that several hundreds of millions fixed as investment deposits made by the first accused person through his companies, AMT Global Concept and Damule Nigeria Limited, were made when he was a director in the Police Pension Office.”
Documents in support of the claim were tendered in evidence and admitted by the court as exhibits.
Giving further details of the complicity of Dangabar in the matter, Gadanya said the accused was also discovered to be the managing director and the sole signatory of Damule Nigeria Limited, the company where he had his wife and two sons listed as directors.
The witness also named two properties located at Utako and Jabi areas of Abuja, which Dangabar bought, was worth hundreds of millions naira.
One of them was bought from a senator in the name of his company, Damule Nigeria Limited, which Gadanya said had been forfeited temporarily to the Federal Government.
Justice Baba adjourned to March 17 and 18, 2016 for continuation of trial.
It will be recalled that both a Federal Capital Territory High Court and the Court of Appeal had frozen the accounts of the accused in banks where the money allegedly stolen were deposited.
Some of the banks are the ones believed to have worked in tandem with the accused to suppress the stolen funds.
Some of the banks affected by the order of the courts freezing the accounts of the accused are EcoBank, FCMB, Access Bank, Skye Bank, Fortis Micro Finance Bank, Aso Savings, GTB, Main Street Bank and Wema Bank.