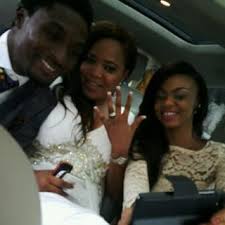 In romantic photo posture uploaded on Instagram, the actress said: “Thanks to GOD for using you to bring happiness back to my life, you will never know sorrow and happiness will not be far from you. May GOD continue to bless and uplift you and may GOD give me the strength to be able to pay you back.”

Few days back, Aimakhu’s estranged husband, Niyi Johnson posted suggestive pictures on Instagram, holding tight to a lady whose face he refused to show. With the pictures, Johnson earned the sympathy of fans, most of who encouraged him to carry on with his life.

Recall that Niyi and Aimakhu have been separated following several quarrels, linked to infidelity. Johnson had declared in some of his interviews that his wife caught him cheating, and had pleaded with her to forgive.

If these are not some publicity stunts, then recent events show that the couple are moving farther apart.

Aimakhu had, in January, confirmed her relationship with Elegbe to a fan who asked if she was truly dating the film marketer.

In the face of regular criticisms, the actress had argued her case, saying that despite being a public figure, she is also human.

“Doing our job doesn’t mean we are useless or irresponsible,” the actress noted, saying she should not be criticised all the time.

“Anything you do I do, you fight, I fight, you eat, I eat, you abuse, I abuse, you go to club, I follow you; people just take advantage because we are in the limelight. We have blood running through our veins – One love and happy New Year,” she said. 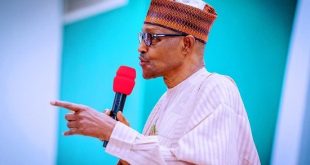