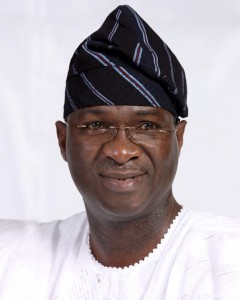 The senate has ordered the Ministry of Power led by Babatunde Fashola, the  Nigeria Electricity Regulatory Commission (NERC) and electricity distribution companies immediately stand down of the increase in electricity tariff by 40 percent.

The order was given today, February 16, following nationwide protests against the increment last week.

A senator representing Bauchi north, Suleiman Nafiz, called on the upper chamber to probe how funds allotted to electricity companies had been spent, and to look into factors hindering the optimal functioning of the power sector.

Also speaking on the matter,  Senator Dino Melaye from Kogi west said that the latest increase in electricity tariff was the fourth since the privatisation of power.

“We ask for an immediate reversal of the 40 percent increase in electricity tariff because it is arbitrary,” Melaye said.

On his part, the Deputy Senate President, Ike Ekweremadu, lamented that go through with the increment would mean adding to the suffering of Nigerians.

“As a country on life support, we do not need to add to the suffering of the people,” he said. “For me this tariff increase is ultra-wicked and unconscionable. We must reverse it immediately.”

The Senate therefore asked NERC and the ministry of power to immediately suspend the implementation of the 40 percent increase in electricity tariff.