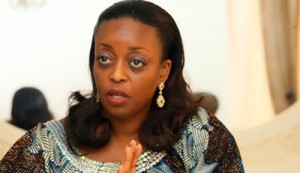 Oniwon alleged that “the minister at the time extended the contract between the Petroleum Product Marketing Company  (PPMC) and its trading partners Duke Oil Company Incorporated and Trafigura Ltd, a non-resident trading company, without recourse to due process.

He said the ministerial extension that was for three years, also had no formal contractual agreement guiding it.

Oniwon, who appeared before the House of Representatives ad hoc Committee probing the oil swap arrangement, added that the initial contract was to last between October 2010 to October 2011.

He said: “There was an approval for the extension by the minister. I believe the records are with the NNPC”.

Oniwon said he was not responsible for the signing of the contracts since he was not at the helm of affairs at the time, but said he initiated a review of the arrangement due to the flaws he noticed in the contract.

According to him, the two years he served as GMD were too little to carry out some necessary changes expected to reposition the organisation for effectiveness and efficiency.

He said the two years he served as GMD was “too hot” before he was fired, despite not being ripe for retirement at the time.

He however refused to disclose the reason for his dismissal from office.

Oniwon said the normal tenure of an NNPC GMD should be five years because “a two year-tenure is too short to protect policies and programmes.”

Another former GMD, Andrew Yakubu, said he set up a panel to review the oil swap arrangement but not allowed to see the outcome of its report after sending it to the Minister’s office.

He was relieved of his appointment in 2014.

“Sometime in 2013, my attention was drawn to the fact that the contracts needed to be renewed. By then, the issue of the swap had become a matter of controversy.

“Based on concerns raised and the need to evaluate the contract, I set up a committee comprising legal, corporate and some stakeholders. The document never came back to me until I was disengaged in August 2014, he said.