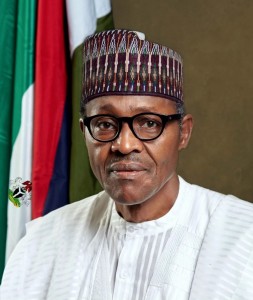 A crisis was said to have ensued in some of the agencies to the extent that riot police were called to restore normalcy. Findings from sources showed that, at the Petroleum Equalisation Fund (PEF), the sacked executive secretary, Asabe Asmau Ahmed, showed up for a meeting the following day after the sack during which she announced Alhaji Ahmed Bobboi as the acting ES instead of Hajiya Aisha Usman, who, sources said, is the most senior officer. READ ALSO: Buhari upset over budget fraud, orders mass sacking At the Petroleum Products Pricing and Regulatory Agency (PPPRA), sources said Ahmed Farouk has not handed over ‘for now’.

There was a drama at the National Centre for Women Development (NCWD), as the former director-general, Onyeka Onwenu sought to hand over to Sadiq Umar, the director, Planning, Research and Statistics instead of Abdulmalik Dauda, the director, Human Resource Management, who is said to be the most senior. The acting director general, Dauda said: “This handover was quite challenging because there was a lot of tension, and the minister had to intervene because the staff wanted to do some nasty things.” At the Industrial Training Fund (ITF), the former DG, Juliet Chukka-Onaeko, is yet to hand over. As at 1pm yesterday, she said she had no idea of who to hand over to, and when and where, adding that members of the management had not told her what to do. At the Petroleum Technology Development Fund (PTDF), the general manager, Nigerian Content, Jacklyn  Guyil, has been acting as the executive secretary, though she is yet to receive handover notes from Femi Ajayi.

The feud over who should succeed Emeka Ezeh at the Bureau of Public Procurement (BPP) seems to have been settled. READ ALSO: Why Buhari sacked DGs, 10 to be handed over to EFCC Reports had it that senior directors were not happy with his decision to handover to the Bureau’s Director of Energy Infrastructure Babatunde Kuye. The Bureau’s head of media, Thomas Odemwingie, said: “There was no tussle. It was just that someone needed clarification on the criteria, which was validly given by the former DG. It was amicably settled.” Meanwhile, at the Tertiary Education Trust Fund (TETFund), the former executive secretary, Prof. Suleiman Bogoro, endorsed the letter from the federal government and briefed the Director in executive secretary’s office, Malam Aliyu Na’iya, to oversee the affairs of the office from Tuesday.

In the latest massive shake-off by Buhari’s administration, 26 director-general and heads of agencies were relieved of their duties and most of the affected officials were appointees of former president, Goodluck Jonathan. According to Chief John Oyegun, the national chairman of the All Progressives Congress (APC), those who were sacked have been compromised and were sabotaging Buhari’s governmet.