Waziri Adio Seeks Support On NEITI Job..+10 Things On Him 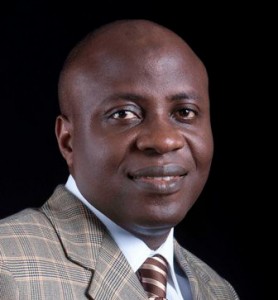 The newly appointed executive secretary of Nigeria Extractive Industries Transparency Initiative (NEITI) has reached out to his friends of many year in media and government to join hands with him to make success of the national assignment.

He said ‘ This is to thank you all for your well wishes and prayers on my appointment to serve at NEITI. Also to apologise for not being able to reply you individually for now. I trust I can continue to count on you.’

‘NEITI operates on the belief that revenue transparency in the oil, gas and mining sector will usher in good governance and shared prosperity. But the link btw revenue transparency and shared development is not automatic. So many things need to happen in between. So while NEITI will continue to generate important data abt this strategic though opaque sector, we as citizens and civic groups must use the information to hold govt to account and insist that both natural resources and the govt must serve the people.’

Then waxing philosophical as he would want to do,he said ‘Plenty doesn’t have to be a paradox; and resource curse can be reversed. But we must do our part. So pls take interest in the work of NEITI, use the data, push us to do more. Let’s do it! Many thanks and God bless.”