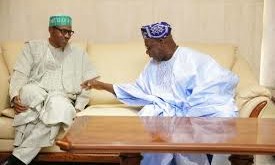 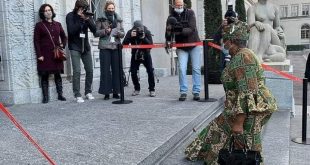 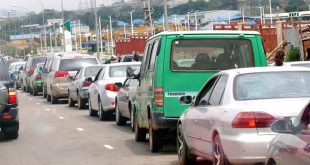 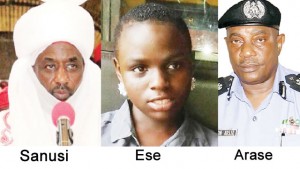 The Emir of Kano, Malam Muhammadu Sanusi II Monday ordered the state Sharia Commission to liaise with office of the Assistant Inspector General of police, zone 1 to commence process of returning the 14 years old teenager, Ese Oruru allegedly abducted by one Yunusa of Kura local government area of Kano state.

In his first official reaction, the emir of Kano distanced himself, Kano emirate council from the purported abduction of Ese Oruru by suspected lover. Sanusi II said: “I have ordered the sharia commission to liaise with the office of Deputy Inspector General of police zone to repatriate and reconcile the teenager with her family immediately.”

Enragad Nigerians have been putting pressure on Sanusi and IG for their non proactive stance on the issue…’In fact Qur’an forbids forced marriage. Apart from the consent of the two parents of the girl or her guardian as the case may be, the girl in question must also give her consent without which such union is invalid. Those steps to take are clearly stated in the Quran and the Hadith; abduction, force application and none clear consent of both parents and the girl are clear violation of the rights of the girl and rule guarding marriage and such marriage is invalid in Islam. People are just committing crimes hiding under religion’s garbs.

“The Inspector-General of Police, Solomon Arase, says the release of the 14-year-old girl, Ese Oruru, allegedly abducted from Yenagoa, Bayelsa State to Kano and said to be in the palace of the Emir of Kano, was dependent on the intervention of the emir.”
This IG is a huge joke.