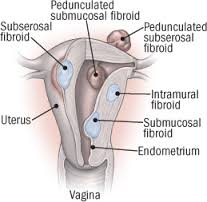 Mairami said at a sensitization forum organized by The Fibroid Initiative (TFI), Monday in Abuja that the infection is associated with women of reproductive age.

The medical expert identified need for women to embark on regular checkups for likely early detection and prevention.

“It occurs 3 to 9 times more frequently in Blacks than Caucasian women and autopsy has shown that 20 – 50 per cent of women less than 30 years harbors fibroids. So major protective factors include eating vegetables, having at least one pregnancy beyond gestational period of 20 weeks is protective, two (2)pregnancy gives 50 per cent protection,” she said.

However, Mairami called for intensive campaign against the ailment.

Earlier, TFI founder, Amb. Grace Eke-Charrier disclosed how women, who falls victim are often stigmatised in the society and among family members.

She said they often suffer in silence.

According to her, the Non-Governmental Organization (NGO) is committed to strengthen awareness on international platform and encourage different approach to preventing the ailment and non-surgical treatments.

“TFI is a global initiative that came into being as a result of my challenges with uterine fibroids and of close friends and associates, majority of whom are board members

“Our mission is to raise public awareness and ignite coverage and conversations on the fibroid condition plus its negative impact on the total wellbeing of women,” Eke-Charrier added.

President Muhammadu Buhari on Sunday said the coronavirus pandemic has brought Nigeria and other countries ...