Another 14yr Old Girl Abducted,Sighted In Sultan of Sokoto Palace 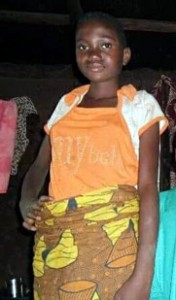