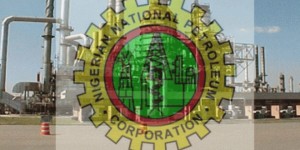 Nigerian National Petroleum Corporation (NNPC) offices has been shut nationwide in protest against lack of consultation and due process before the decentralisation of the corporation on tuesday. Members of staff and management of the corporation arrived their various offices on Wednesday morning to discover that they could not gain entrance following the total strike.
The immediate impact of the strike will be nationwide fuel scarcity as products will not be lifted by NUPENG. It is not expected to affect the crude oil export yet except the Department of Petroleum Resources (DPR) joins in solidarity.
Ibe Kachikwu, minister of state for petroleum resources who doubles as the NNPC group managing director, had announced the creation of seven independent units on Tuesday, namely downstream, gas and power, refineries, ventures, corporate planning and services, and finance and accounts.
The group executive Natural Gas Workers (NUPENG) and the National Union of Petroleum and Natural Gas Workers (NUPENG) convened an emergency meeting at 10pm on Tuesday to discuss the development. At the end of the meeting, GEC sent this message to all members: “The GEC of NUPENG & PENGASSAN at its meeting of 8th March 2016, which started at 10:00pm has extensively discussed the pronouncement of the GMD on NNPC UNBUNDLING. We observed that the GMD/HMSP totally disregarded due process and failed to engage STAKEHOLDERS. Hence, from midnight today, ALL NNPC LOCATIONS will be SHUT DOWN COMPLETELY until further notice. Further directives will be communicated accordingly.”
Kachikwu had said the distribution of subsidiary companies of the corporation would further be restructured into direct management of the divisions. Last week, Kachikwu announced that the government was planning to unbundle the corporation into 30 profitable companies.
ibe kachukwu nnpc nupeng slideshow 2016-03-09
Younews Ng
Share