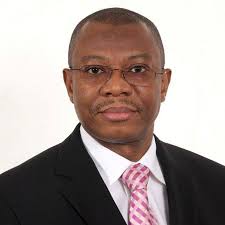 Sterling Bank Plc has reported 6.28 per cent increase in its gross earnings for audited financial statements report for the year ended 31 December 2015.
The bank recorded growth in virtually all its performance indicators for the year as its gross earnings rose by N6.515 billion from N103.679 billion it made in 2014 to end 2015 with N110.194 billion.

Similarly, profit after tax rose by some N1.288 billion represented 14.3 per cent to N10.293 billion due to a higher retention of organic capital compared to the previous period.
Non-interest income grew by 13.7 per cent from N25.7 billion in 2014 to N29.3 billion largely due to a 57 per cent increase in trading income.
Confirming the efficiency of the lender’s management, operating expenses decreased by 1.9 per cent from N50.6billion to N49.7 billion.
Net interest income however, declined by 8.1 per cent from N43.0 billion to N39.5 billion, driven by an 18.5 per cent increase in interest expense resulting in a 630 basis points reduction in net interest margin to 48.9 per cent.
Commenting on these financial results, the Managing Director and Chief Executive, Mr. Yemi Adeola, stated that, “I am pleased to report that we sustained our performance from the previous year driven by an improvement in operating efficiency. Cost-to-Income Ratio improved by 140 basis points to 72.2 per cent, Capital Adequacy Ratio stood at a record high of 17.5 per cent, while liquidity buffers remained strong as the bank grew its after tax profit by 14.3 per cent.