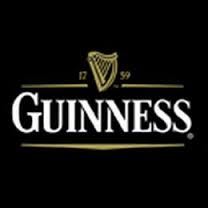 Companies in the food, beverage and tobacco sector have sacked about 405 workers in the last four months, the National President, Food, Beverage and Tobacco Senior Staff Association, Mr. Quadri Olaleye, has said.

Speaking at a press conference in Lagos on Wednesday, Olaleye raised the alarm that at the current rate, about 900 jobs would be lost by the end of the month, because more companies had written to the union to negotiate the downsizing of their workers.

The Executive Secretary, Association of Food, Beverage and Tobacco Employers, Mr. Aderemi Adegboyega, had told our correspondent in February that hundreds of jobs out of the 40,000 workforce in the sector had already been lost and that those still in employment were hanging on by the thread.

He said the business was no longer profitable and firms in the sector were shutting down because they could not afford to pay the salaries of workers, while producing very little.

The Acting General Secretary, FOBTOB, Mr. Solomon Adebosin, argued that the maxim that employees were the greatest resource of any organisation was not understood by employers because in the past years when forex was not a problem, redundancies were the order of the day.

Olaleye said, “We have argued that laying off workers or declaring redundancies at every slight opportunity is not the panacea for bailing out companies in times of challenges. The current situation has reached a pathetic level, because it seems that all the employers in our sector are in competition with each other on who can lay off the most workers.

“Illegal and unqualified expatriates have flooded our industry under fictitious titles, but all we see is that they get paid huge allowances with the paraphernalia of office, which even makes them look down on our people.”

The FOBTOB president expressed concern that companies like Promasidor, FrieslandCampina WAMCO and Fan Milk Plc were having difficulties in getting the quality of milk needed for commercial production locally.

According to him, Intercontinental Distillers Limited and Nigeria Distilleries Limited are importing ethanol because cassava species that produce the product are not grown in the country; adding that beer brewers were importing barley and malt, while the flour mills were bringing in wheat from abroad.

However, he said on several occasions, the union had advised the food companies to engage in research and development of alternative raw materials within the country in order to overcome the present challenge of foreign exchange scarcity.

Olaleye called on the Federal Government through the Central Bank of Nigeria to review the forex policy and place the food sector on the priority in order list to avoid the shutting down of many companies.

When contacted, the Acting Head, Public Affairs and Communications, NBC, Mrs. Sade Morgan, denied that workers were sacked by the firm in the period.

Similarly, the Corporate Relations Director, Guinness Nigeria Plc, Mr. Sesan Sobowale, said the company did not sack any worker between December 2015 and March this year.

“This is to confirm that we did not carry out any downsizing between December either due to inadequate forex or any other reason,” he said in a text message.

The Corporate Affairs Adviser, NB Plc, Mr. Kufre Ekanem, said, “Nigerian Breweries did not carry out any sacking between December and March. However, our company acknowledges the weighty and multi-pronged challenges in the operating environment and we are committed to ensuring that our operations remain cost-effective as we maintain our leadership position in the market.

“In view of this, we have contacted FOBTOB for a meeting on possible restructuring  that may impact some of their members in the future.”