Buhari To Probe Fowler Over Fraud In FIRS 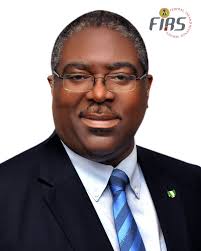 Executive Chairman of the Federal Inland Revenue Service, Mr. Babatunde Fowler, has been fingered in a N7billion tax refund scam…and President Buhari who got warnings and petitions about Fowler’s fraudulent past as soon as he was appointed,is set to probe this particular one ,in connection with Julius Berger.

Also, aggrieved management staff of the FIRS are accusing him of unilateral employment of 250 new staff without following civil service rule for such employment, while he has embarked on a witch hunt against those perceived to be in opposition to him.

Fowler, a known ally of Senator Bola Ahmed Tinubu, All Progressives Congress (APC) national leader had refunded N7billion to construction firm, Julius Berger, being excess tax allegedly paid by the company between 2012 and 2015.

However, the issue of the excess tax refund had been reviewed by the FIRS last year before Fowler’s controversial appointment was denied by management which insisted that Julius Berger was not entitled to any refund rather had underpaid its tax.

The review of the construction company’s tax returns was carried out by Mr. Innocent Ohagwa, who was then a director in the Lagos Tax Office of the FIRS.

An insider, said the belief is that the chairman would have pocketed over N700 million being 10 percent of the tax refund to Julius Berger.

“The chairman is less than one year in office and you can see what he has done. How can you singlehandedly refund N7billion to a company when there is a review on ground that says Julius Berger is not entitled to any refund?

“This is coming on the heels of dwindling resources, at a time the government is trying to shore up revenue collection but without consultation the chairman just refunded such huge sum to a single company.

“The president needs to order a forensic investigation into this matter, except we are meant to believe that this is part of the FG’s settlement to somebody,” the source said.

In a related development, Fowler has come under fire for recruiting 250 new staff through the backdoor.

New staff were employed in February, majorly at the directorate level, with some as Special Advisers, and consultants being mainly people that worked with Fowler when he headed the Lagos State Board of Internal Revenue Service.

To pave way for those he engaged through the backdoor, he has redeployed over 62 senior management staff to non-functional training school in the six geo-political zones of the country.

For instance, Mr. Andrew Ayabam, Salihu Baba Alkali, Bimpe Badmus, Jimoh I.T.T and Sola Akingbade, all newly appointed are domiciled in the headquarters with sensitive positions, while long standing directors and deputy directors were posted to the training schools and as acting state coordinators.

One of those posted to the North West had complained that the offices are poorly furnished with no running imprests given that most jobs are now being handled by consultants.

It would be recalled that Fowler was appointed by President Buhari on August 20, 2015 and assumed duty though he was confirmed by the Senate in December of the same year.

Mr. Fowler replaced Samuel Odugbesan, a former Coordinating Director at the agency, who was appointed to the position by ex-President Goodluck Jonathan in March this year.

The FIRS did not have a substantive chairman since the departure of Ifueko Omogui-Okauru in 2012.

Kabir Mashi succeeded Mrs. Omogui-Okauru in acting capacity and remained in that capacity till March 2015.

Mr. Fowler, the new FIRS boss, was the Chief Executive Officer/Executive Chairman of the Lagos State Board of Internal Revenue from 2005 to 2014.

Mr. Flower, has been in the news several times for accusations ranging from diversification of tax revenue in Lagos state for personal use and abetting Alpha Beta, a consulting firm linked as front for former governor of Lagos state, Bola Tinubu in ripping off the state internally generated revenue to the tune of two billion naira monthly.

In November 2011, Mr Fowler was reported to have spent millions of dollars in organizing a highbrow wedding for his daughter, Funke Fowler in Nigeria and Dubai.

Among multi scandals also, Tunde Fowler was reported to have bought a twin duplex valued at over 100 million naira for media mogul, Mo Abudu in Magodo GRA.

Previous Woman Abducts Her Kids To Get Ransom From Husband
Next Sake-Up In Tiger Brands;..Renamed Dangote Flour Mills ..,Aliko Out,Ighodalo In