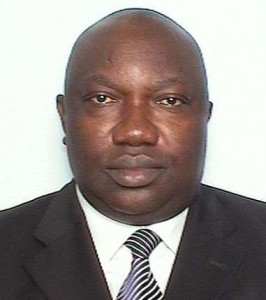 Governor Ifeanyi Ugwuanyi of Enugu State wept uncontrollably today during his visit to Uzo-Uwani local government area of the state – The governor visited to pay condolence to the bereaved people who were attacked by suspected Fulani herdsmen  .During the visit he declared a two-day fasting  in Enugu state to commit the situation into God’s hands It was also tears at Ukpabi, Nimbo, in Uzo-Uwani local government area of Enugu state, following the visit of Governor Ifeanyi Ugwuanyi on Tuesday.

Governor Ugwuanyi reportedly could not hold back his tears as he tried console the bereaved people. He was in the company of Enugu state commissioner of police, Mr Nwodibo Ekechukwu, the GOC 82 Division, Nigerian Army, Major General Ibrahim Attahiru, as well as the Enugu state commandant, Nigeria Security and Civil Defence Corps (NSCDC).

. The visit coincided with the recovery of one more dead resident, who was slaughtered by the herdsmen. There were many survivors, with varying degrees of injuries on the head, neck, and other parts of the body. They are said to be currently receiving treatment in different hospitals in Nsukka. As at the time of filling this report, some of them are being moved to the Enugu State University Teaching Hospital, Parklane, Enugu.

The rampage at the agrarian community in Enugu state left about forty-eight members of the community killed. Over 60 houses and shops were set ablaze by the invading herdsmen. About 56 injured residents are said to be receiving treatment at hospitals in Nsukka. Siurces reveal that the attack came two days after a security report hinted of an impending attack by Fulani herdsmen in the area.

Meanwhile, the Human Rights Writers Association Of Nigeria (HURIWA) has warned that the threat of Fulani herdsmen may cause civil war if the issue won’t be addressed. The pro-democracy group stated that Nigeria may be approaching the civil war because of “the seeming conspiratorial silence and clear case of orchestrated ineptitude and inaction” of the President Muhammadu Buhari-led administration over the activities of herds

The House of Representatives has mandated the Inspector General of Police (IGP) Solomon Arase to investigate the killings allegedly carried out by Fulani herdsmen in Enugu State.

The Director General of the Department of State Security (DSS), Lawal Daura has also been summoned to brief the House about measures being put in place by his agency to stop the killings.

The aim of the investigation, according to the lawmakers is to ascertain the causes as well as bring those culpable to book.

The decision of the House followed the adoption of a motion of urgent public importance by Chukwuemeka Ujam (PDP, Enugu), regretted that findings have shown that a number of persons have been declared missing with their whereabouts unknown.

Saying that the recurring killings by the Fulani herdsmen threatens the security of the country, Ujam added, “Eye witnesses account indicates that this mayhem was perpetuated by an army of masked herdsmen emerging from the bushes and attacking their victims with careless abandon.

“These merchants of death were armed with guns bow and arrows, swords and engaged in sporadic shooting for a lengthy period of time, sending shivers into the inhabitant of this community and hacking any person within sight to death.”

In his contribution, the Minority Leader, Leo Ogor (PDP, Delta) said the issue of conflicts between Fulani herdsmen and host communities over grazing must be addressed as a matter of urgency.

“Rearing should be done in confined zones but it is important to address this issue once and for all,” he added.

The motion was unanimously adopted after it was put to a voice vote by the Speaker, Yakubu Dogara