I won’t Allow Fulani Herdsmen To Operate In Ekiti – Fayose 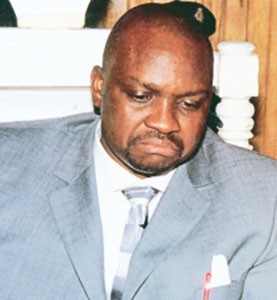 The Ekiti State Governor, Ayodele Fayose, has said the state government will not release any portion of the state’s land to serve as grazing reserves for Fulani herdsmen.
Fayose said he only supports a situation whereby state governments establish ranches for herdsmen in their local communities.
He said moving large ‎herds of cattle from one point to the other is no longer fashionable going by the attendant risks and conflicts being generated.
In a statement in Ado-Ekiti on Tuesday by his Chief Press Secretary, Idowu Adelusi, the governor said this while featuring in an interview programme on radio and television stations in the state.
Fayose said: “By the powers conferred on me by the Constitution of the Federal Republic of Nigeria as the Executive Governor of Ekiti State, I reserve the rights to allocate land in the state to people and we will not give an inch of our land to any cow rearer.
“Moving cows from one place to another is no longer fashionable.
“It is very primitive, provoking and could lead to another civil war.
“We cannot open our eyes and watch as cows destroy our farmlands.
“We need to ask some questions.
“The herdsmen who go about carrying AK 47 to kill people, who gave them the licences for such arms?
“Or are they above the law?
“How did they get those guns? ‎
“Who purchased the guns for them?
“What is their agenda for arming them?
“Has the Boko Haram translated to the herdsmen?
“If you look at it critically, the herdsmen are all over the country carrying guns.
“Can we call it an agenda by them to overrun the country?
“The Buhari government should not only probe the activities of the herdsmen, but as well confiscate the guns they are carrying about.”
On his recent trip to China, Fayose said he had planned going there to attend an exhibition long before it was announced that President Muhammadu Buhari was also going on official visit.
He added that his visit afforded him the opportunity to meet Chinese investors and see a number of ways the state government could collaborate with them.
He said: “Even to those who frowned at my letter to the Chinese government that they should not grant the $2 billion loan the Federal Government requested, I have no apologies.
“The N6 trillion 2‎016 Budget already has over 25 per cent set aside to service debts.
“Then are we not adding salt to injury when we add another load of debts?
“Moreover, this is a government ‎that is claiming to have recovered billions of looted funds, saved trillions through TSA among others.
“Then where are those funds?
“Where is Buhari keeping the money and for what?
“Buhari said he would sell some of the nine planes in the Presidential Fleet when he assumes office.
“He has not done that.
“Instead, it is daily trips to different parts of the world in those same aircraft.”
Fayose said in spite of the paucity of funds, his administration would still meet people’s expectations and ensure even distribution of amenities.