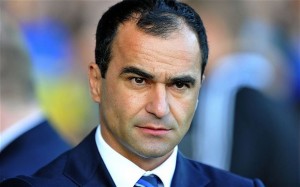 Everton on Thursday sacked manager Roberto Martinez after three years in charge of the club.

Martinez’s side was defeated by champions Leicester on Saturday and lost 0-3 at Sunderland on Wednesday night, the BBC reports.

The Toffees lost in the semi-finals of the FA Cup and League Cup this season.

The club won just five league games at home all season and is guaranteed to finish with its lowest points tally at Goodison Park since the introduction of three points for a win in 1981.

The club is expected to make an official announcement imminently to confirm the decision.