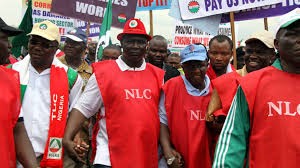 Workers  yesterday shunned the strike called by a faction of the Nigeria Labour Congress (NLC) led by Ayuba Wabba to protest the increased price of petrol from N86.50 to N145. But there were rallies, which disrupted traffic in some cities.

All was normal in the Federal Capital Territory (FCT), Abuja – the seat of the government – and in Lagos – the nation’s financial and business engine-room. The oil city of Port Harcourt, capital of Rivers State, and many other state capitals were peaceful and busy.

Rallies were held in many places, including Lagos and Abuja. They were addressed by Labour leaders and civil society organisations.

Activities in government, public and private establishments were going on in Port Harcourt, the Rivers State capital.

At the State Secretariat, work went on. Earlier in the day, there was an attempt by an NLC group to lock up the place.

Public and private sector workers in the Northwest and Northeast yesterday defied the nationwide strike action ordered by the Ayuba Waba faction of the Nigeria Labour Congress (NLC) over fuel price increase.

The News Agency of Nigeria (NAN) reports that federal and state workers in Katsina, Kano, Kaduna, Sokoto, and Kebbi and others reported to their duty posts.

In Sokoto, some civil servants said they would not join the strike because it would only aggravate the hardship in the country.

In Kaduna, civil servants and all businesses including motor parks were fully opened, with residents going about their normal business.

Workers of the institution   turned out for work, and according to the university’s Public Relations Officer, Adama Jafar, there was no directive from any union to proceed on strike.

At the Olusegun Obasanjo State Secretariat, some of the workers interviewed said  they were not convinced with the NLC’s argument for the strike.

One of the workers, Hajiya Lami Bello, said the NLC should respect the decision of the National Industrial Court, which ordered the union not to proceed with the strike.

At the Barau Dikko General Hospital, health workers including doctors, nurses, laboratory staff were seen attending to out-patients and those on admission.

A check at the Kaduna Central market indicated that traders have turned out for full business.

Government offices, markets, banks and business centres opened for normal business, while civil servants reported to their places of work as early as 8:00am.

The Chairman of the state NLC, Murtal Usman, told NAN in a telephone interview that he was on his way to Birnin Kebbi from Abuja, and insisted that the strike would hold.

The State Secretary of Birnin Kebbi Federal Medical Centre of National Association of Nurses and Midwives, Usman Mohammed, said they had not received any signal to embark on the strike.

“We are waiting for the signal from the national secretariat of our association and until we receive the signal we will not embark on the strike”, he added.

In Kano, the nationwide strike action called by the organised labour also met a setback, as workers in the state ignored the directive.

Commercial banks, markets and motor parks had all opened for business in the state.

Traders at the two major markets in Sabon Gari and Kantin Kwari opened their shops for business as directed by the National President of the Harmonised Traders Union of Nigeria, Alhaji Bature Abdulaziz.

Abdulaziz had on Monday called on traders across the country to ignore the planned strike by the labour unions.

At the First Bank of Nigeria, Kano main branch, workers were also seen going about their normal schedules.

Primary and secondary schools as well as other higher institutions also opened.

However, in Bayero University Kano, some lecturers had joined the strike while others were working.

In Katsina, NAN reports that the workers at the State and Federal Secretariats have reported to their duty posts.

Jibrin Garkuwo, a middle level worker said that they decided not to join the strike because Katsina was the home state of President Buhari.

He said they are ready to support the president to achieve his economic policies that will move the country forward.

The Chairman of NLC in the state, Alhaji Lawal Sandawa, said the union would assess the situation before commenting on the strike.

Normal activities are continuing in Yobe, Adamawa, and Jigawa states, as residents ignored the call by the Nigeria Labour Congress (NLC) to embark on strike over the increase in pump price of fuel.

The News Agency of Nigeria (NAN) however reports that there was partial compliance in Gombe State.

NAN correspondents who monitored the situation in those states report that key institutions like banks, schools, state and federal secretariats, hospitals, markets and all major commercial, centres were open for normal activities.

An official of the NLC in the state who did not want his name mentioned, told NAN that they would meet later in the day to decide on their next line of action.

NAN correspondents in Yola also report that normal activities are going on in Yola and other major towns of Adamawa as schools, banks, markets, as well as the State and Federal secretariats remained open.

Many people who spoke on the failure of the strike said they were not convinced that the action was the best alternative in the present circumstance.

Mallam Adamu Danwanzam, the chairman of Yola Perishable Food Items Sellers Association, said his members were not in support of the strike action.

Also speaking, the state chairman of Private School Proprietors in Adamawa, Hajiya Dijatu Balla, said her members had no business with the strike action.

Malam Husaini Isa, chairman of Commercial Tricycle Association in Adamawa , also distanced his members from the strike, pointing out that for many months ,his members had been buying fuel for N200 per litre, as such the new prize of N145 per litre was a relief.

When contacted on the development, the state NLC chairman, Comrade Dauda Maina, said he could not comment as he was still in Abuja.

The situation was the same in Dutse as people went about their normal businesses.

At the state and federal secretariats, civil servants  attended to their official duties.

There was, however, a partial compliance in Gombe as the NLC Monitoring Committee went round to ensure compliance.

Most places of work, schools, banks and the state radio and television stations were closed.

Malam Haruna Kamara, chairman of NLC in the state, told NAN that a committee was inaugurated and vested with the responsibility of ensuring compliance with the NLC directive.