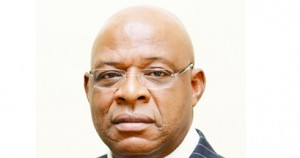 Justice Rita Ofili-Ajumogobia convicted him on a 27- count charge bordering on bid rigging and contract splitting.

It is the first major high profile conviction since President Muhammadu Buhari began his anti-corruption crusade.

Justice Ofili-Ajumogobia found Omatseye guilty in 24 out of the 27 charges preferred against him.

She, however, discharged and acquitted him in three of the charges.

Ajumogobia found Omatseye guilty for awarding contracts above stipulated threshold, and accordingly convicted him on counts 1 to 20,24,25,26, and 27. She discharged and acquitted him on counts 21, 22 and 23.

The judge held:  “In the instant charge, the defendant testified in his evidence in chief that he was released on administrative bail and asked to come back the following day and in his statement, he responded that his threshold for supply was N2.5 million.

“Furthermore, his statement was corroborated by Pw2 (prosecution witness two) and Pw3. Pw2 stated in his testimony that in line with the Public Procurement Act, the Chief Executive officer had a threshold of N2.5 million for goods and N5 million for works.

“From the foregoing, I find that the exhibit PD 16 A-Y are all above the threshold and approved limit of the DG; that means, they are all above N2.5 million.