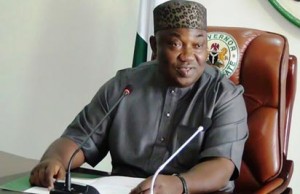 Governor Ifeanyi Ugwuanyi’s desire to commission some completed road projects in the state as part of the activities marking his one year in office. Speaking during an inspection tour of the ongoing road projects in the state, the Chairman of the committee, Arc. Chris Offor commended Governor Ugwuanyi for his development initiatives and commitment to his campaign promises to the people of the state despite the present economic challenges in the country.

Arc Offor said the governor was able to record remarkable feats in the state, especially in the area of infrastructural development because of his passion for good governance and steadfastness to ameliorating the sufferings of the people. The committee chairman, who expressed delight over the performance of the construction companies that have completed their projects for commissioning, noted that it was as a result of the importance the governor attached to prompt delivery of dividends of democracy to the people of the state that made it possible for the successfully completion of the projects.

While disclosing that the Nike Lake Road and Amaeke-Ngwo-Nsude-9th Mile by-pass road constructed by Setraco Nig. Ltd and CCC Nig. Ltd respectively have been completed for commissioning, Arc Offor called on some other construction companies handling the on-going road projects in the state to increase their pace of work to ensure that they complete their projects within the stipulated contract period.

He added that the governor was desirous of fulfilling his campaign promises to the people of the state and should be encouraged to succeed. The chairman who was accompanied to the sites by a technical member of the committee and state commissioner for science and technology, Engr. Greg Nnaji, also identified some technical challenges on the quality assurance and quality control of the work done by various contractors and offered advice on how to tackle them,