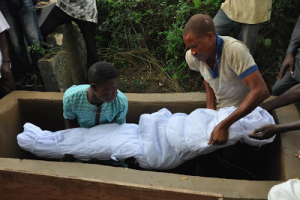 Veteran Nollywood actress, Bukky Ajayi, died yesterday at the age of 82 and will be buried according to Islamic rites.

She has been down with heart related ailments for a couple of weeks before she died today at her Surulere residence.

She’s also left a standing order to have her buried immediately hence her burial being planned to happen today. 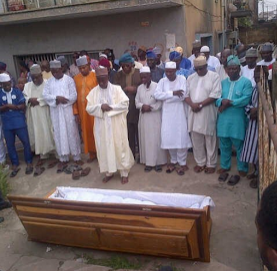 As tributes pour in for the iconic actress, so have details about her life and successful career.

You probably didn’t know she was a Muslim. She was born a christian but converted to Islam in the early eighties and chose the name Zainab.

Here are some other things you probably didn’t know about her.

2. Her dad, who played a vital role in her passion for theatre, never saw here perform before he died. 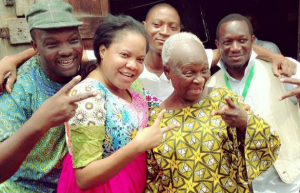 3. She studied at the Stanislavsky Institute of Drama, London on a Federal Government scholarship.

4. Her first job in Nigeria was with the Nigeria Television as a presentation assistant in 1966.

5. Her first acting experience was in the Nigerian hit soap opera Village Headmaster.

7. She is the mother of one of Nigeria’s pioneer rappers, Abounce (Olakunle Fawole).

8. She featured alongside her son, Abounce in Diamond Ring movie.

Zainab Bukola Ajayi died four months after she won the Industry Merit Award at the 2016 African Magic Viewers Choice Awards (AMVCA) and five months after she celebrated her 82nd birthday, which would turn out to be her last on earth, as she now journeys forth into the afterlife.

The name of the iconic thespian will forever be etched in the memories Nollywood followers. Her journey in the Nigerian film industry spans decades of amazing performances in classic film productions such as the unforgettable Village Headmaster and the likes of ThunderBolt, Oduduwa, Women’s Cot.

Ajayi was born a Christian but would later convert to Islam in the 80s, when she chose the name ‘Zainab’ for herself.

Her acceptance speech at the AMVCA — her last public outing — moved the audience to tears, as she was visibly overwhelmed to receive a prolonged standing ovation from her peers, admirers and mentees.

Perhaps she knew this was going to be her last public engagement the movie-industry literati. With tears swelling in her eyes, she longingly held on to her plaque, evidently overwhelmed by emotions. Ajayi, speechless for a minute, sought forgiveness from whomever she may have wronged during the course of her exemplary career.

“I just want to say to all my friends and non-friends thank you very much, you do not know how much this award means to me,” she said at the occasion.

“If I have offended in one way or another please find it in your heart to forgive me and if you think you have offended me, don’t worry I have forgiven you a long time ago. I am very happy from the bottom of my heart. I wish I could stand up but if I do I will fall but you all standing for me I say thank you.”

Many will remember her as one of Nigeria’s greatest actresses ever, but who exactly was she?

SHE WAS A TOMBOY

In a 2010 interview, Ajayi described herself as the archetypal tomboy during her formative years.

She said she got into countless fights as a kid and she often won. But whenever she happened to be losing a fight to a boy, her older brother would always swoop in, to the rescue.

Perhaps, growing up in the midst of boys largely contributed to her love for “fights” but while she thrived in the act, Ajayi hoped her grandchildren would emulate their parents — her children — by shunning the trait.

She was such a relentless fighter that she took her pastime with her when schooling in England, where she once dealt with a fellow student in Pitman’s College for taking her seat.