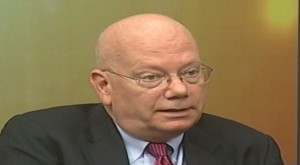 The video of the sex scandal involving three members of the House of Representatives could not be shown as promised on Thursday.
The Ambassador of the United States of America, James Entwistle, had last week promised to show the video evidence of the involvement of the Reps in sex scandal while on a training in the US.
The indicted Representatives are Mohammed Garba Gololo (APC-Bauchi), Samuel Ikon (PDP-Akwa Ibom) and Mark Gbillah (APC-Benue).
However, the video could not be shown because the Minister of Foreign Affairs, Geoffrey Onyema, was absent.
Onyema and Entwistle were scheduled to testify before a panel set up by the Speaker of Representatives, Yakubu Dogara, on the issue.
The Reps have claimed innocence.

The investigation by the House of Representatives  joint committee on ethics and privileges and foreign affairs into the alleged sexual misconduct by three lawmakers, Samuel Ikon, Mohammed Gololo and Mark Gbillah, in the US in April this year, was today stalled as the immediate past US Ambassador to Nigeria, James Entwistle or any official from the US Embassy failed to honor the panel’s invitation.

Also absent at the public hearing was the Minister of Foreign Affairs, Geoffrey Onyeama who was also invited. He however had written earlier to the committee members informing them he was attending an African Union Summit in Kigali, Rwanda and that he would not be back until July 19th. The panel postponed the meeting till Wednesday July 20th.The panel had summoned the US Ambassador to Nigeria, James Entwistle, to appear before it so he can give concrete evidence to the alleged acts of sexual misconduct he accused the three lawmakers of committing while they were on an official assignment in Cleveland USA in April.