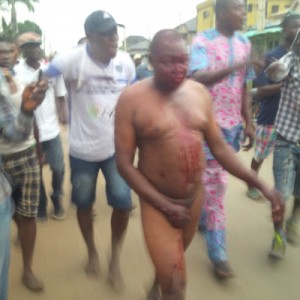 Yesterday afternoon, a man snatched a child who was walking on the street with her mum, jumped on his bike around Beckleys Estate, Abule Egba Lagos, and tried to ride away, but luck ran out on him when the mother of the child raised an alarm and other passersby chased him on their own bikes. 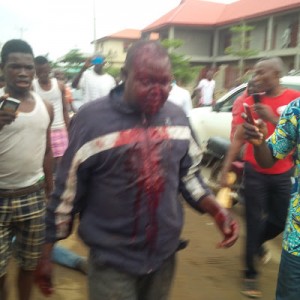 When he realized that many people were after him, he threw the child from the bike thinking people would stop chasing him but the chasers didn’t give up and eventually captured him. 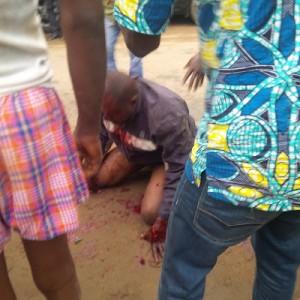 The child was injured and has been taken to the hospital while the kidnapper was almost beaten to death. Fortunately for him, police from Oko Oba division came to his rescue and took him away.