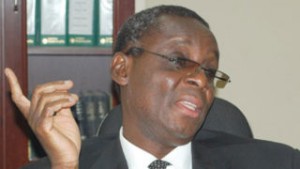 The cheery news of an 80-year-old Mr. Pius Chuka Enebeli, admitted to the Nigerian Bar, exemplifies that age should not be a barrier to a worthy dream. The new wig was among the 2,259 persons recently called to the Bar in Abuja, after successfully passing the Bar final examinations, held in April. Among Mr. Enebeli’s contemporaries was Halima Buhari, the daughter of President Muhammadu Buhari. According to the Director-General of the Nigerian Law School, Olanrewaju Onadeko, the 80-year-old man is the oldest wig ever produced by the Nigerian Law School.

We congratulate Mr Enebeli for making history and wish him many years of practice in his new vocation. His success is an epic achievement and we commend his tenacity to fellow Nigerians. If an 80-year-old man can do it, so can any other, once there is determination. No doubt the new wig would have had a life of achievements in other endeavours and the most recent will just be a crown on all that. His success should therefore serve as an inspiration to both the young and old.

Mr Enebeli has shown that age should not be a barrier to learning and that should serve as a tonic for those now redundant, especially with the changing tides in our economy. A government in charge of a transitional economy to productivity, as the new government at the centre professes, should learn the virtue of promoting retraining programmes for those whose trade and practices are now being discouraged. Many of those now caught in the web of economic inactivity can actually be encouraged and supported through grants and opportunities to train in new vocations, so that they can contribute their quota to the new economy.

Most likely, Mr Enebeli would have suffered a lot of inconvenience to achieve success. It speaks to his doughty character and indomitable spirit for him to successfully complete a university education and also pass the Bar examination, at such an advanced age. It requires discipline and a vivacious spirit to be able to mix and compete with a much younger generation, many of whom by age could be his grandchildren. For his refusal to bow to the rigour of such a demanding academic pursuit, we toast to his success.

Mr Enebeli deserves to be celebrated, and his accomplishment promoted to serve as an inspiration to the new generation, particularly those of them who do not believe in hard work and personal sacrifice, as the way to success. His achievement also speaks to our public officials, who seek wealth without work, those who plunder the nation as if there is no life after public service, those who seek to accumulate wealth for their children and generations unborn and thereby discourage them from engaging in any form of personal endeavour to survive.

The story of the new wig is the stuff legends are made of. Former President Olusegun Obasanjo falls within the category of those for whom age is no barrier to learning. After serving as a civilian president, he went back to school and, not long ago, bagged first and second degrees from the National Open University of Nigeria (NOUN). He has also been active writing about his exploits and has published tomes on his career, even in his seventies. So, regardless of age, Obasanjo has, like Mr Enebeli, remained active and very productive.

Also, the renowned American diplomat and statesman, Henry Kissinger, keeps writing, publishing and speaking, despite his advanced age. Two years ago, at 91, Kissinger authored a seminal work on international diplomacy titled ‘World Order’, to the admiration of scholars around the world. The book, which has received world acclaim, depicts the intellectual sagacity of a man, who many of his contemporaries had completely resigned to infirmity. We can reasonably guess that his active lifestyle may have contributed to his longevity.

We encourage Mr Enebeli to consider putting his efforts into a book, to inspire, encourage and challenge others. Such an effort could propel one or two persons who before his achievement would think they are beyond any new endeavour, to thrust forward. It may also trigger some excitement among the older generation, and inspire even those in middle ages not to give up on new challenges. His story may also inspire a country, with a poor reading culture.

The new-wig also serves as good public relations for the Nigerian Law School. It projects the school as urbane, cultured and well-heeled, with an enabling environment for excellence for any person willing to come in to learn. We also congratulate all the other new wigs for successfully passing the rigorous qualifying Bar examination and getting called to the Nigerian Bar. We urge them to use their learning only for the greater good of our country.

Previous Omisore Admits Guilt, Refunds N100m to EFCC,Released
Next The Fall & Fall Of Nigeria Football From world’s no. 5 to 70