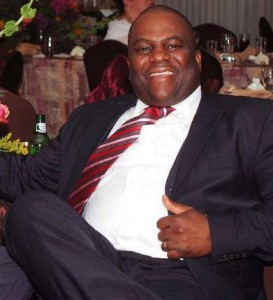 As speculations trail the death of Olisa Nwakoby, the manager of First City Monument Bank, FCMB Plc branch in Lekki, Lagos state, family members have reacted, saying the deceased could not have killed himself simply because he was indebted to the bank.

A close member of the family dismissed reports making the rounds, insisting that the deceased may not have killed himself over money issues because he is from a very rich family and the money he was reported to be owing the bank is chicken feed to his family.

Speaking with Pulse, the family member, who spoke on condition of anonymity, said, “Olisa was depressed all right but I can tell you that the N350 million loan debt that people are saying could have led him to commit suicide is far from the truth. “Something must have triggered the suicide and not the money because the family had been making plans to sell one or two houses to raise the money to pay back the loan. “In fact, one of his brothers could bring out the money without stress, so that could not have been the reason Olisa killed himself. There is more than meets the eyes,” the family member added. It would be recalled that Nwakoby last week committed suicide in front of Our Lady Star of the Sea Catholic Church in Lekki, area of the state.

Olisa Nwakoby, a banker with First City Monument Bank, FCMB, took his own after seeing his pastor on Thursday, according to Naija247.

The news of Nwakoby’s suicide had prompted rumours that he may have died as a result of undue pressure that was mounted on him by his employer, FCMB.

Findings have, however, revealed that the deceased had amassed huge debt from personal commitments and was at the verge of “losing everything.”

“He was very worried when he walked up to me to narrate his debt burden,” a source said.

“I was shocked to hear that he had killed himself despite all the assurances I gave him just that night. This is most heartbreaking.”

It was gathered that Nwakoby, who had suffered a massive depression lately, had approached his spiritual adviser for help.

On meeting the Pastor, he narrated his ordeal and informed his host to take care of his family in case any untoward thing happened to him. Shortly afterwards, a loud bang was heard.

Those who immediately rushed out to ascertain the source of the noise, saw Nwakoby’s lifeless body in front of Our Lady Star of the Sea Catholic Church in Lekki, Lagos State.

He had shot himself in the head.

Although the pastor has declined comments, those close to him confirmed that Nwakoby never hinted what he was about to do.

“He had been a frequent visitor to this premises,” another source said.

“So there’s no way we could have suddenly detected that he was having issues the time he visited.”

A family member described Nwakoby as a “loving, unassuming and hardworking man. He ensured a good life for himself, his family and those around”.

“There’s hardly anything he has that he cannot give. It is sad he passed away like this”.

Nwakoby, until his death, was the head of operations at the Lekki Branch of First City Monument Bank which he joined more than a decade ago.

He left behind his wife and 10-year old daughter.